The Rise of Melodrama

The playwright René-Charles Guilbert de Pixérécourt pioneered melodrama in France, with such dramas as The Ruins of Babylon and The Dog of Montargis. These plays gave equal billing to their composers, as they relied just as much on dramatic music and acting dumb shows as on dialogue.

In 1802, the British playwright Thomas Holcroft adapted Pixérécourt's play Coelina, or The Child of Mystery as A Tale of Mystery, calling it "A Mélo-Drame In Two Acts." The melodrama had arrived in England, and was haunting Germany as well, where J.W. Goethe's rival August von Kotzebue had a string of hits, including The Ruins of Athens, Misanthropy and Repentance, and The Spanish in Peru.

These plays were tightly plotted, with succinct, functional dialogue designed to help the audience follow the plot, but the language of melodrama attempts little else and lacks the poetic qualities of Romantic drama. Also, while melodrama can be political, it is usually aimed at leading the audience to simplistic conclusions. Romantic dramas, by contrast, dealt seriously with political and moral issues, often giving equal voice to opposing views. Also, Romantic dramas provided towering characters suited for actors like Edmund Kean. The melodramas that overtook Romantic plays forced actors into roles of virtuous heroes or conniving villains in an effort to get the audience to focus on sensationalistic plot twists instead.

In England, the actress and theatre manager Jane Scott turned the Sans Pareil Theatre into a powerhouse of melodrama. The Sans Pareil was known as a "minor theatre" since it was licensed to perform musical entertainments, but was not allowed to perform purely spoken drama. Scott penned a series of plays that incorporated music and song, getting around the monopoly on spoken drama enjoyed by the patent theatres in London. She wrote more than 50 plays in all, many of them designed to show off her own talents as the leading performer. Her most famous, The Old Oak Chest, was originally a star vehicle for herself, but unlike her other works it was published, which allowed it to continue to be performed long after Scott retired from the stage in 1819. 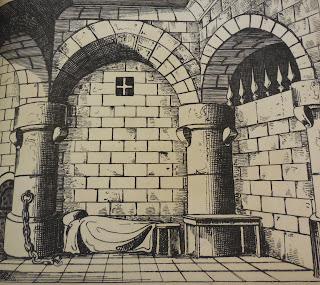 Melodramas frequently drew inspiration from the Gothic novels of the period. Gothic tales frequently had exotic or medieval settings. They could have supernatural events, like Matthew G. Lewis's hit play The Castle Spectre, or they could portray apparently supernatural occurrences that get explained rationally, as happens in The Old Oak Chest. The most famous Gothic novel, Mary Shelley's Frankenstein, was first adapted as a melodrama by Richard Brinsley Peakes in 1823 as Presumption, or The Fate of Frankenstein. The play initially ran for 37 performances and continued to be revived until the middle of the century.

Meanwhile, the official patent theatres in London saw their audiences dwindle, and they increasingly turned to melodrama themselves. The actor William Charles Macready took over the management of the patent theatre at Drury Lane in 1841 pledging to revive the drama to its former glory. Unable to compete with the minor theatres, however, he asked the owners of the theatre for a decrease in rent, and when they declined he petitioned parliament to end the monopoly held by the patent theatres. In 1843, parliament agreed and passed the Theatres Act, which kept censorship in place, but allowed minor theatres to perform any type of play they wanted. Rather than the minor theatres turning to spoken drama, however, the old patent theatres turned to melodrama, making it the dominant theatrical form of the nineteenth century. 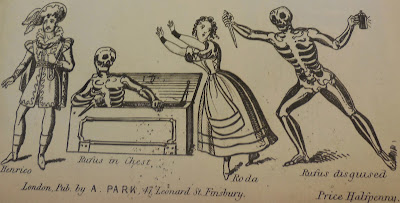