The readings of my play Dark Night of the Soul were apparently a hit at The Villages in Florida this week.

Dave Saxe, who played the Earl of Warwick in the readings, called the play "a very powerful peace" in the article. Laura Saxe, who played Joan of Arc, called it "riveting drama." The reading also featured Alex Santoriello as Brother Martin and Dan Pona as the Bishop.

Hopefully, the play will receive a full production next year! 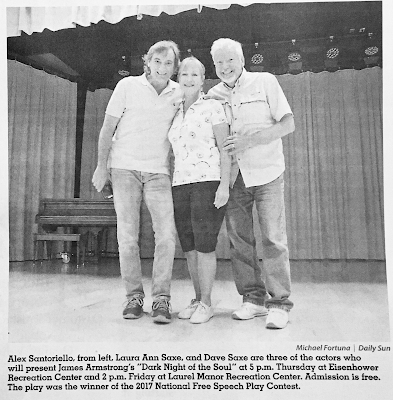