'Terror and Pity reign in every Breast'

No, that isn't a rejected motto for Chick-fil-A. It's the title of a really great book by Paul Ranger about gothic drama in England from 1750 to 1820. Ranger takes the title from a review in the London Chronicle in 1757:

Our expectation is well worked up and Terror and Pity reign in every Breast, till by due degrees the Discovery is made, when a Tide of Joy breaks in upon us...

In his first chapter, "The Gothic Spirit," Ranger tries to define what he means by the term "gothic drama" as neither 18th-century playwrights not their audiences used the term. Incidentally, while "gothic" was not in vogue, variations on the term "Romantic" were. Matthew G. Lewis's 1797 play The Castle Spectre for instance introduces in the Prologue a "fair enchantress" named "Romance." Ranger also points out that Samuel Johnson included in his dictionary the word "Romantick" which could mean "fanciful; full of wild scenery." He also cites a 1773 reference in Richard Graves's The Spiritual Quixote to a garden "laid out in a romantic taste" that mixed "the cheerful and the gloomy."

Wild scenery was certainly important to the gothic, as was a gloomy atmosphere, but so were other qualities. Gothic plays tended to have stock characters, including a conventional hero, heroine, and villain. They had a few recurring devices, including mistaken identity, and a slew of horrors unleashed in the last act. These plays displayed the distinct influence of German playwrights such as Friedrich von Schiller and August von Kotzebue. Sometimes, there were direct adaptations, such as Joseph Holman's 1799 play The Red Cross Knights, which took Schiller's bandits in The Robbers and turned them into Knights Templars. Similarly, Richard Brinsley Sheridan adapted Kotzebue's The Spanish in Peru as the tragedy Pizarro. For Ranger, what is particularly important, though, is that in these dramas a dark and wild side of human nature was reflected by the characters' surroundings. 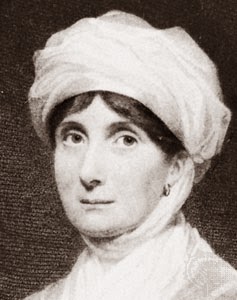 The second chapter, "A World Untamed," explores those settings that served as a metaphor for the characters. In Joanna Baillie's 1800 play De Montfort, the title character finds himself instinctively drawn to scenes of horror. In the 1816 play Bertram, Charles Robert Maturin placed a tempest at the opening, employing not just visuals but also gripping sound effects to move the audience and inspire them with thoughts of the characters' inner lives. Ranger observes that this unity of scene and character gradually led to the integration of the performer into the scenic background. Actors began to appear as diminutive beings, pitted against the untamed grandeur of a sublime yet savage world. This eventually led to melodrama, a genre that appeared in part in John Philip Kemble's 1794 play Lodoiska, but more fully in 1802 with Thomas Holcroft's A Tale of Mystery.

Chapter Three tackles the two most popular gothic settings, the castle and the cloister. Lodoiska included three scenes of a castle, the first outside, the second in a tower, and the third with a hall and gallery, which went up in flames at the end of the play. Anna Maria Crouch, who played the title role, was supposed to stand imperiled in a tower, but one night, she became imperiled for real. Michael Kelly, the actor playing her love interest, Florenski, tried to come to her assistance. He later wrote:

I ran up the bridge which was a great height from the ground, towards the tower, in order to rescue her; just as I was quitting the platform a carpenter prematurely took out one of its supports; down I fell and at the same moment the fiery tower, in which was Mrs. Crouch, sank down in a blaze with a violent crash; she uttered a scream of terror. Providentially, I was not hurt by the fall and, catching her in my arms, scarcely knowing what I was doing, I carried her to the front of the stage.

Once the actors reached the front, the audience erupted with applause, thinking the entire disaster had been planned. According to Crouch, many members of the audience were convinced it was some of the best acting they had ever seen.

The other great gothic building was the cloister. Of course, most monasteries and convents in England had been long closed by the 18th century, but the advent of the French Revolution meant that some monks and nuns expelled from France ended up taking refuge in Britain. Of even more importance were the trips abroad that had become standard for young people as a way of finishing their educations. Returning to England, these travelers rarely had positive images of what went on behind cloistered walls.

One of the most spectacular stage buildings of the period was the convent chapel in Baillie's De Montfort. The scenery was designed and built by William Capon, the senior designer at Drury Lane. The chapel had a reasonable degree of historical accuracy, which was rather unusual for the time. Capon loved medieval architecture, and he built the chapel to represent a 14th-century church. The set went back a full 52 feet. In spite of her reputation for writing closet drama, Baillie didn't miss an opportunity for spectacular stage technique. She called for a procession of nuns bearing torches to walk around a freshly dug grave while singing a funeral dirge. Reaction to the play was mixed, but the set was a hit, and Drury Lane ended up reusing it several times in different plays. 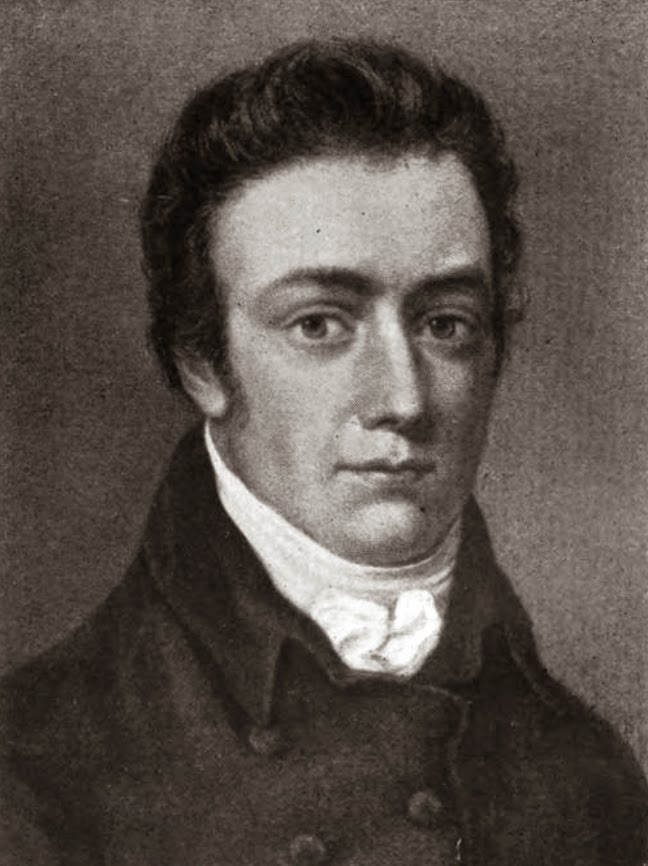 The importance of stage spectacle increased in the ensuing years, which is the subject of Ranger's fourth chapter. Capon designed an impressive Hall of Armoury for Samuel Taylor Coleridge's 1813 play Remorse, which had been strongly influenced by Baillie's work. That same year saw far more impressive scenery on stage at Covent Garden in Isaac Pocock's The Miller and His Men. The titular miller led a group of bandits by night and by day stayed holed up in a windmill. At the climax of the play, the mill spectacularly exploded on stage, an event that rendered the elevated poetry of plays like Remorse irrelevant in a new world of spectacular special effects.

Ranger's fifth chapter covers the attitude and speech of actors in gothic dramas. He focuses on two roles, Euphrasia in The Grecian Daughter and the title character in De Montfort. Drury Lane first produced Arthur Murphy's tragedy The Grecian Daughter in 1772, but the play was performed frequently throughout the later 18th century. Beginning in 1782, Sarah Siddons took over the role of Euphrasia, who had to kill a tyrant in order to save her own father. Ann Barry, who originated the role, portrayed the killing without reticence, but Siddons made Euphrasia conflicted about taking the tyrant's life, a choice that earned her great acclaim as an actress.

Baillie wrote the part of De Montfort hoping that Kemble would play it, which he did. Though Baillie avoided giving stage directions instructing the actor how to handle emotion, Ranger argues that she clearly wanted his facial expressions to be seen. The proof? Her play called for some monks' lanterns to light De Montfort's face at a key moment, an intriguing use of lighting design by a playwright. Later on, Edmund Kean revived the play at Drury Lane, and Baillie revised the part to better suit his particular talents.

In chapter six, Ranger goes into three case studies of gothic plays: Douglas, The Castle Spectre, and Pizarro. John Home's 1756 tragedy Douglas is one of the earliest plays still considered a gothic drama. Originally the play was performed in Edinburgh, which suited its Scottish setting, but after achieving critical acclaim there, it opened the next year in Covent Garden. Peg Woffington played the leading role of Lady Randolph, while the not-so-young Spranger Barry played Young Norval. Later, Sarah Siddons would take on the role of Lady Randolph, famously beginning with a quiet intensity and working herself up into a frenzy.

Thomas Greenwood designed the original set for The Castle Spectre, which depicted Conway Castle in northern Wales. The play is notable for the role of Angela, a young, virtuous heroine originally played by Dorothy Jordan. The lengthy role apparently exhausted Jordan so much she was unable to sing the song in the fourth act, and it had to be cut. Also grueling is the role of the villain, Osmond, who in the fourth act must recount his bone-chilling encounter with the titular ghost. It was while reciting this speech that an actor named (I'm not making this up) Graves Aickin collapsed and died from a burst blood vessel.

Pizarro, Richard Brinsley Sheridan's take on Kotzebue's The Spanish in Peru, helped revive the finances of Drury Lane, largely due to Kemble's triumphant portrayal of the hero Rolla. Of course, he had a great supporting cast, with Siddons as Elvira and Jordan playing the innocent Cora, but it was Kemble who made the largest impact on audiences. Sir Thomas Lawrence later painted a famous portrait of Kemble as Rolla holding Cora's infant aloft and defending the child with a drawn dagger. The fact that he looked absolutely nothing like the Incan warrior he was playing was irrelevant. At the time the play premiered, Britain feared an invasion by Napoleon, and Kemble's portrayal of an incorruptible warrior defying an invading army won the day.

Ranger's final chapter examines the response to gothic drama. He traces its influence on Sir Walter Scott, Mary Shelley, Iris Murdoch, and of course modern horror films. Ranger, it should be noted, has also directed some of these plays, notably The Castle Spectre and Pizarro, both of which strike me as quite performable today.