The famed Shakespearian actress Helen Faucit was born in 1814, during the Regency, and died in 1898, at the end of the Victorian era. In many ways, her life reflects the tremendous social changes at work during that period. 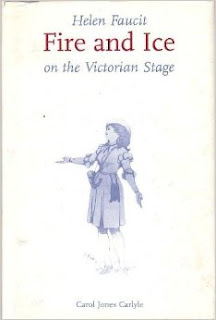 I recently finished Carol Jones Carlisle's biography, Helen Faucit: Fire and Ice on the Victorian Stage. She corrects some of the errors made by Faucit's original biographer, her husband, Sir Theodore Martin. Sir Theodore made his wife younger than she really was, claiming she was born in 1817, a year after him. He also glossed over some rather unpleasant business with her family.

Faucit (who was baptized Helena, but always went by Helen) came from a family of actors, a profession not generally known for their chaste sensibilities (especially during a time when the Prince Regent was running around with assorted mistresses, including the actress and poet Mary Robinson). Her mother, Harriet Diddear, eloped with John Faucit when she was only 16, a fact she would use later on when she tried to sue her husband for an annulment.

John Faucit took to theater management while his wife took to the stage, famously playing Gertrude in Hamlet. She could not compete, however, with the brightest star of the Regency stage, Eliza O'Neill. After a couple of years, the talented but impetuous woman took up with a new man, William Farren, who already had a wife of his own. This was the Regency, though, so that mattered very little. The two set up house, undeterred by Mrs. Faucit's unsuccessful attempt in 1821 to terminate her first marriage.

Young Helen stayed with her mother, and Farren became a stepfather to her, in spite of the fact he was still married to another woman. While he might not have been a paragon of family values, he did have a keen business sense, and he helped Helen successfully navigate her early career on the stage. According to legend, the family was at the King's Theatre in Richmond when Helen and her elder sister Harriet decided to act out the balcony scene from Romeo and Juliet upon an empty stage. The new manager, Willis Jones, overheard them, and decided to put the young Juliet in front of a live audience. 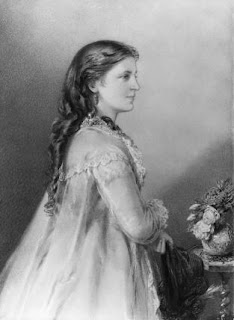 On September 30, 1833, Helen Faucit made her debut as Juliet, listed in the program simply as "A Young Lady". She was so nervous that she crushed the glass vial holding Juliet's potion, slicing open her hand and fainting in earnest. Still, she went on with the show, and the audience applauded her heartily. She repeated the performance the next night, this time using a wooden vial. The following month, she went on as Julia in James Sheridan Knowles' play The Hunchback, a part made famous by Fanny Kemble. In November, she appeared as Mrs. Haller in The Stranger, Benjamin Thompson's adaptation of a play by August von Kotzebue.

At the end of 1835, Faucit was given an opportunity to make her London debut on the stage at Covent Garden. Originally, she was supposed to play Juliet, but George Bennett, her prospective Romeo, was deemed too old for her, and Knowles himself was available to play the title role in The Hunchback. At the last minute, the play was switched, and Faucit found herself making her debut as Julia, not Juliet. On January 5, Twelfth Night, Faucit made her London debut. After a rocky start, she was a smash in the role, writing afterward in her diary, "Again and again, thank God it is over!"

Faucit later appeared as Belvidera in Thomas Otway's Venice Preserved, but predictably she suffered in comparisons to Eliza O'Neill, the standard in that role ever since the Regency. A few nights later she appeared on stage as Mrs. Haller in The Stranger, another role played by O'Neill. This time, however, she did something remarkable that set her apart. Instead of allowing the adulterous Mrs. Haller to be reconciled to her estranged husband at the end, she had the unfortunate woman embrace her children, then fall to the feet of her husband, spurned and rejected to the end.

Such a change, just a year before Queen Victoria's ascension to the throne, marks a shift in attitudes toward women, marriage, and sexual morality. During the Regency, Mrs. Haller could do her penance and reunite with her husband. In Victorian England, that would no longer be possible. Faucit, painfully aware of her own family's history, might have had personal reasons for making the change as well. After her mother's scandalous behavior, she herself wanted to be beyond reproach, and that meant no apologies for fallen women.

Faucit appeared as Lady Margaret in Joanna Baillie's The Separation. Then in March, she was at last allowed to go on as Juliet in London. The performance attracted some attention, and Faucit later found herself being invited to act with her hero, William Charles Macready in Thomas Noon Talfourd's tragedy Ion. Faucit worshipped Macready, but he remained cold toward her throughout their professional relationship. Still, she acted opposite him in a number of Shakespeare productions, including Othello, and Macready's landmark King John.

Amazing to me, Faucit originally did not want to play Cordelia in Macready's 1838 production of King Lear. She felt the part had too few lines and not enough opportunities for making a grand effect. Macready's production revolutionized the play, however, getting rid of the silly love story and happy ending introduced during the Restoration, and bringing back the part of the Fool. Critics rewarded Faucit for taking the role, praising her sweetness in the part. They complained, however, that she spoke too softly, perhaps another effect of her Victorian worldview.

Faucit had to play her fair share of unsuitable roles, including Mrs. Oakley in George Coleman the Elder's The Jealous Wife. However, the same year as Macready's Lear, she was given the part that would grant her the most fame, Pauline in Edward Bulwer-Lytton's The Lady of Lyons. The same author who had once begun a novel with the infamous line "It was a dark and stormy night" this time hit pay dirt for Faucit, and she would perform the part of Pauline over and over again for the rest of her career.

Later, Faucit appeared opposite Macready in Bulwer's play Richelieu, but that play was more of a vehicle for her costar. She found more success in Shakespearean roles, playing Rosalind in As You Like It, Miranda in The Tempest, Portia in The Merchant of Venice, as well as a formidable Lady Macbeth opposite Macready. Faucit's Lady Macbeth was not power mad, though, but rather ambitious only for her husband's sake. Victorianism strikes again. 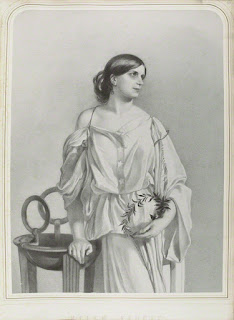 When Macready left to tour America, the 28-year-old Faucit was left to develop her craft on her own. She toured the provinces, becoming a success in Dublin, Birmingham, Bristol, Edinburgh, and Glasgow. In 1844, she reunited with Macready in Paris, playing Desdemona to his Othello. Returning to Dublin, she appeared as Antigone, and was later painted as "The Greek Muse" by Sir Frederick William Burton.

In 1851 Faucit married Theodore Martin, whom Queen Victoria later knighted for completing a grand biography of Prince Albert. They set up house in London, neighbors to the Thackerays, and had a second home in Wales to boot. Still, Faucit didn't give up acting, and she kept her maiden name for billing purposes.

She did not perform as frequently after marriage, but Faucit kept acting until 1879, and even after her retirement from the stage, she took part in numerous fundraisers and public readings, often reading aloud multiple parts in scenes from Shakespeare.

At the instigation of her friend Geraldine Jewsbury, she began a series of published "letters" on characters she had played. These were later collected under the title: On Some of Shakespeare's Female Characters. A typical passage on Desdemona goes like this:

Making so small a part of her father's life, and missing the love, or the display of it, which would have been so precious to her, she finds her happiness in dreams of worth more exalted than any she has known, but which she has heard and read of in the poets and romancers...

So, too, did Helen Faucit, a child of a broken home from an earlier, more permissive era, dream of happiness. Only her happiness was one bound up in the stability and tranquility of wedded life. And fortunately for her, she found it. 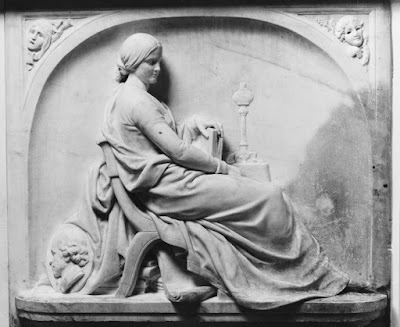