Yesterday was our second day of rehearsal for Moby-Dick at Wellfleet Harbor Actors Theater. Before we had rehearsal, however, Gordon Stanley and Lee Seymour, who play Ahab and Ishmael, did a radio interview with our fearless captain, director Christopher Ostrom. 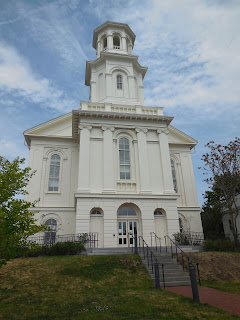 The interview was up in Provincetown. I had never been there before, so I snagged a ride with Gordon and Lee and walked around the place. The architecture is beautiful, and I was particularly struck by an old church that has been converted to a public library.

Apparently, the interview went well, as Lee and Gordon seemed happy afterward. We got some lobster rolls and clam chowder and headed to the theater. It was the second day of rehearsal, but I quickly had a couple of tweaks to make to the script. We mainly just did table work for Act One, but we'll be working on Act II today.

After rehearsal, the cast headed over to Moby-Dick's Restaurant. (Where else would we go?) There was more good seafood, and we got ready to see Seminar at W.H.A.T. Seminar stars Alan Campbell, but also features some of our housemates here in company housing, Satomi Blair, Rachel Casparian, and Jacob Heimer, as well as local actor Ben Berry.

Seminar was great. I missed this Theresa Rebeck play when it was on Broadway, so I was glad to see it here, wonderfully directed by Christine Toy Johnson. The production is only running until June 13th, so if you'll be out on Cape Cod anytime before then, make sure to check it out.

I'm looking forward to rehearsal for Moby-Dick today. Tomorrow, I head down to New York, and I won't be back on the Cape until tech week. Fortunately, the cast is excellent, so I'm sure it will be a great production! 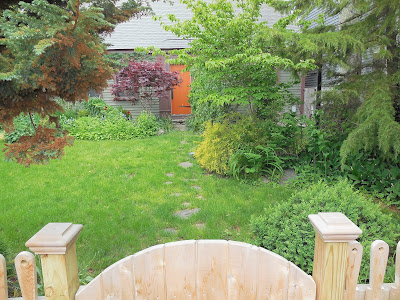 Posted by James Armstrong, Playwright at 8:10 AM