The Debut(s) of Sarah Siddons

When David Garrick heard about "a Mrs. Siddons" who might "be a valuable acquisition to Drury Lane" he sent his friend the Reverend Bate to scout her.
Bate's letter to Garrick, dated August 21, 1775, praised the beauty of the actress, but spent more time emphasizing her magnificent control of her body and voice:
Her face, if I may judge from whence I saw it, is one of the most beautiful for stage effect ever I beheld; but I shall surprise you when I shall assure you that these are nothing to her action and general stage deportment, which are remarkably pleasing and characteristic--in short, I know no woman who marks the different passages and transitions with so much variety, and, at the same time, propriety of expression.
It's interesting to note that according to Bate's letter, Sarah Siddons's voice itself was "rather dissonant" and perhaps even "grating" at times. That seems amazing to us, who now think of the Siddons voice as legendary. We also generally think of Siddons's appearances as Hamlet as coming late in her career, but Bate claimed even back in 1775 that the actress "plays Hamlet to the satisfaction of the Worcestershire critics."
Garrick wrote back that Bate should "secure the lady" to appear at Drury Lane after she had her "lie in," as Siddons was heavily pregnant at the time. He also requested a list of roles that the actress had played, and Bate obliged, naming such parts as Jane Shore, Roxana (presumably from The Rival Queens), Calista (presumably in The Fair Penitent), and a number of Shakespearean roles, including Juliet, Cordelia, Horatio, Portia, and Rosalind, the last of which Bate had seen her perform.
In November, Siddons gave birth to a girl, apparently a bit earlier than expected. At the end of the following month, she made her debut at Drury Lane, billed as "A Young Gentlewoman" playing Portia in The Merchant of Venice. Unfortunately, the debut was not a success, and reviews were hostile. She later appeared as Lady Anne in Richard III, but the press attacked her again.
Garrick retired in 1776, and the new manager of Drury Lane, Richard Brinsley Sheridan, unsurprisingly chose not to reengage Siddons. It was years later that Sheridan's father Thomas saw Siddons performing in a provincial theatre. The decision was made to give the actress another chance, and her second debut at Drury Lane was set for October 10, 1782. She would be playing the leading role of Isabella in Garrick's adaptation of The Fatal Marriage by Thomas Southerne.
Two days before the big night, Siddons reportedly "was seized with a nervous hoarseness." Her voice came back on the morning of the performance, though, and so thorough was her triumph that by the end of the play "every speech was interrupted by bursts of applause," according to accounts. The rest is history. 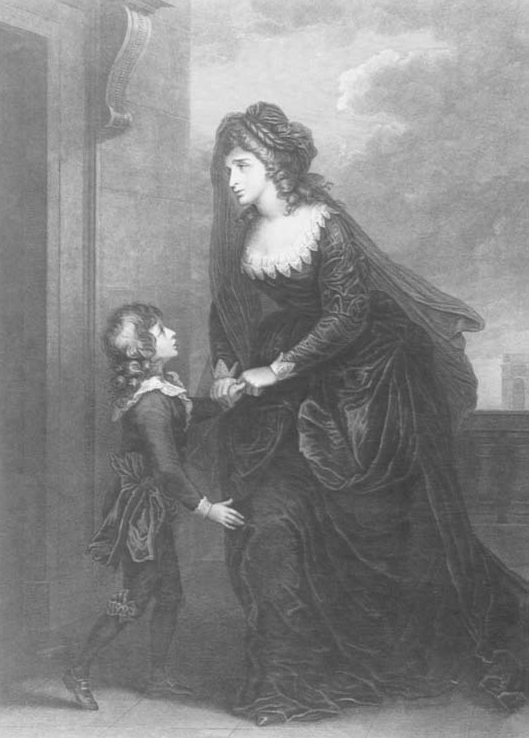