Toy Theatres from the Girard Collection

Last month, I was in New Mexico and happened to visit the Museum of International Folk Art in Santa Fe. They had on display a number of toy theatres collected by Alexander Girard. 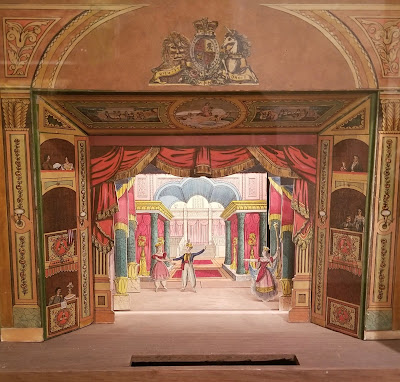 This is one of the oldest toy theatres in the collection. It comes from England, perhaps the 1820s. The Orientalist stage costumes are fairly common in British toy theatres, but I can't identify which play this is supposed to be. 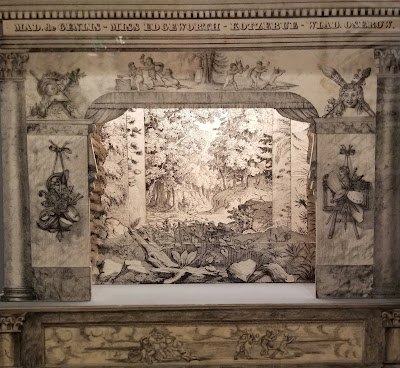 This French toy theatre really fascinated me, in part due to what's written on the proscenium. The theatre enshrines the names of four writers popular in the early 19th century: Stéphanie Félicité, comtesse de Genlis (author of numerous moralizing dramas), Maria Edgeworth (most famous for novels like Castle Rackrent, but who also wrote plays for children), August von Kotzebue (a master of German melodrama whose plays are now mainly known for the music they inspired), and Vladislav Ozerov (a Russian dramatist whose tragedies were later overshadowed by the work of Alexander Pushkin). 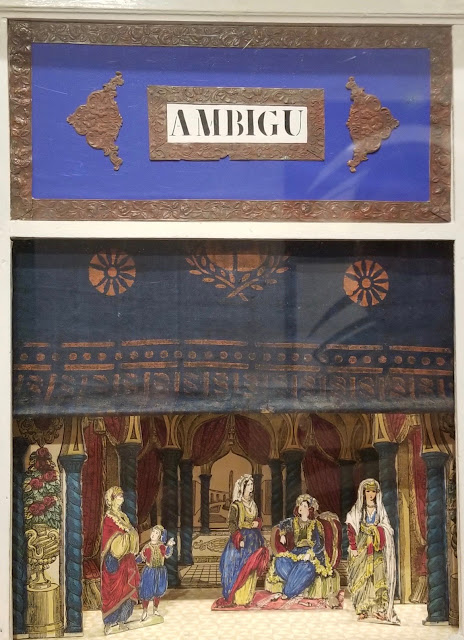 Another French toy theatre caught by eye because the Théâtre de l’Ambigu-Comique was one of the more popular houses for melodrama in the early 19th century. It was located along the Boulevard du Temple, and helped to give that street the nickname of the Boulevard of Crime. This was not because crimes were committed in the neighborhood. You were quite safe walking on the street. But if you happened to be one of the characters in a melodrama being performed along the Boulevard du Temple, you better look out! All sorts of dastardly villains might be after you. 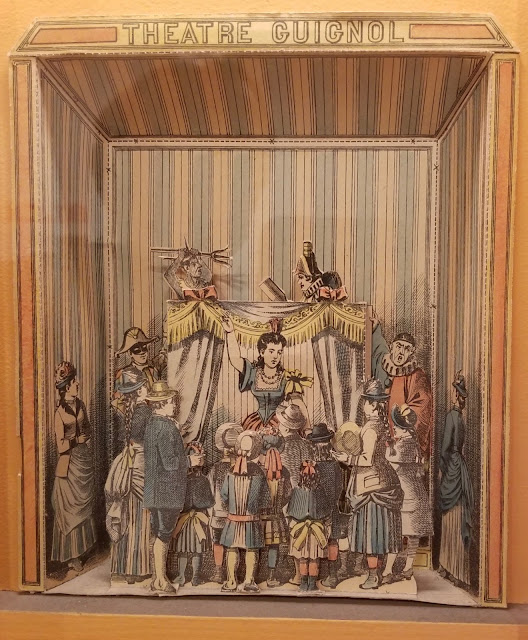 Here we see a puppet booth portrayed in a toy theatre. The French equivalent of Mr. Punch was Guignol, a puppet who also came out of the commedia dell'arte tradition. At the end of a century, when a non-puppet theatre named itself the Grand Guignol, the name was a bit of a joke, since the tiny character of Guignol was anything but grand. 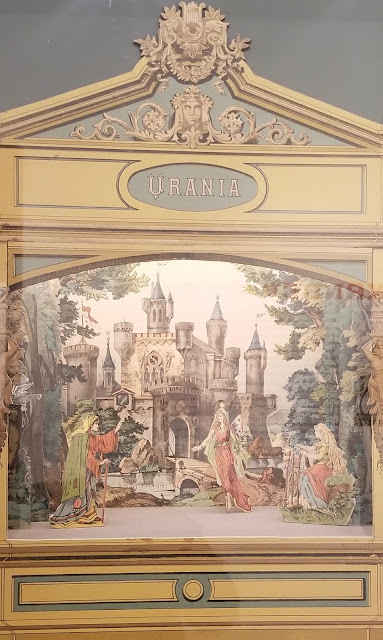 Toy theatres were also popular in Germany and Denmark. This one comes from Germany. I like the Fairy-Tale aesthetic. Could this be the story of Sleeping Beauty? Hard to tell. I'm glad I got a chance to see it, though!
Posted by James Armstrong, Playwright at 9:30 PM