One Month Until CAPITAL!

My latest play Capital opens at Detroit Repertory Theatre one month from today! 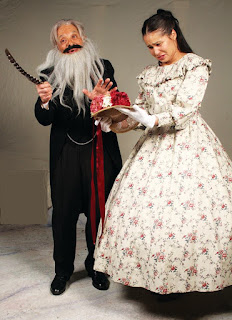 Leah Smith is directing the production, which will run through May 14th. The show plays every Thursday through Sunday (except for Easter).

I'm very excited about the cast, which includes Robert Grossman as Karl Marx. Grossman has appeared in the AMC television series Better Call Saul and last year was in Detroit Rep's production of Richard Strand's Butler.

The play's action is driven, however, by Marx's teenage daughter Jenny, being played by Lulu Dahl. She's a regular at Detroit Rep, having previously appeared in Herb and the Green Knight, A Paradise of Fools, Dead and Buried, Looking for the Pony, and My Soldiers.

Sara Catheryn Wolf is making her Detroit Rep debut as Nellie Ternan, the actress and lady friend of a certain Charles Dickens. She previously played the Ghost of Christmas Past in adaptation of Dickens's A Christmas Carol. She also is a noted Shakespearean actor, having previously played Ophelia in Hamlet and Lady Anne in Richard III.

Perhaps the most challenging part is being taken on by Ben Will, who plays five different roles over the course of the evening, including a certain great author. In addition to being a versatile actor, he's also a musician, with one single already available on iTunes and some new music coming out this summer.

Tickets are cheaper if you get them in advance, so check out the theatre's website: 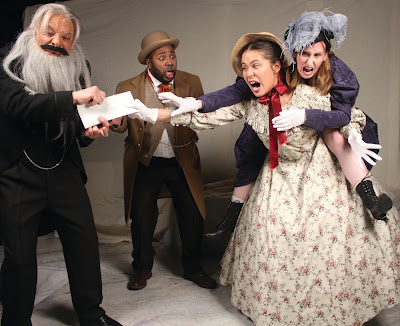