I just saw Angela Polite's one-woman show Mary Speaks at Theater for the New City. She gives a tour-de-force performance. If you have a chance to see it in the next two weeks, go. 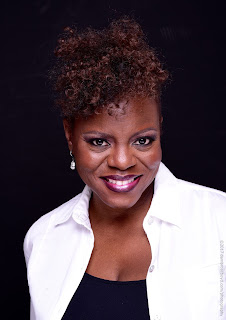 Angela and I first met when she was in my play Foggy Bottom at the Abingdon Theatre Company. She is an extraordinary actress, and as she proves in Mary Speaks, a fine singer as well.

The play utilizes monologues, song, poetry, and dance to tell the story of Mary, mother of Jesus, through the lens of African-American history. We hear Mary's mother tell about the horrors of slavery, see Mary experience the injustice of Jim Crow, and ultimately watch her son die in what could be a scene ripped from the headlines today.

My one criticism is that I wanted more! The death at the end happens suddenly (as death often does) and we never really get a chance to see Mary's son do the great things we all know he is destined to do.

The death leaves us with a tremendous sense of a life with potential that will never be realized, which of course is the point. He is never allowed to grow up to become the man he could be.

Christopher Burris directs this production, which features live music provided by Jeff Bolding. The play runs until February 26th. If you're interested in seeing it, check out:

Mary Speaks at Theater for the New City