We've all heard of melodrama, but how many people are familiar with monodrama?

This is a form of theatre that made an appearance in the 18th and 19th centuries and still has a number of progeny today. It consists of a single performer reciting a piece while accompanied by music. Sets and other production elements can sometimes be quite lavish, and other characters can appear onstage, so long as they don't speak. 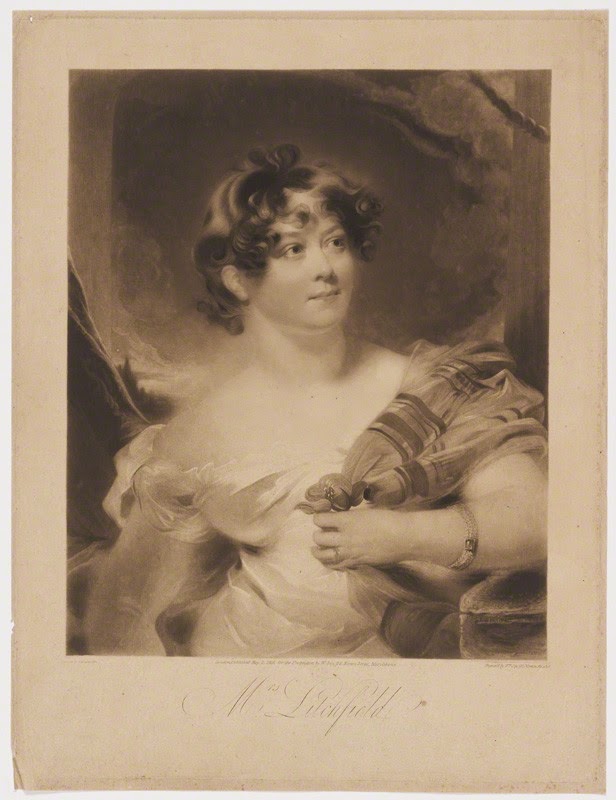 One of the most infamous monodramas on the London stage was The Captive by Matthew G. Lewis. Lewis was already famous for his gothic play The Castle Spectre as well as his novel The Monk when Harriett Litchfield performed this monodrama on the stage of Covent Garden on March 22, 1803. The piece was an unqualified disaster, but for all the right reasons.

Much like the heroine of Mary Wollstonecraft's novel Maria, Litchfield's character had been committed to a madhouse by her husband even though she was in fact perfectly sane. Over the course of the monologue, the audience got to see her descend into madness due to the inhuman conditions inside the asylum. Her performance was powerful. So powerful, it seems, that the audience couldn't take it.

In a letter to his mother, Lewis recounted the play like this:

It proved much too terrible for representation, and two people went into hysterics during the performance, and two more after the curtain dropped.... In fact, the subject (which was merely a picture of madness) was so uniformly distressing to the feelings, that at last I felt my own a little painful; and as to Mrs. Litchfield, she almost fainted away. I did not expect that it would succeed; and of course am not disappointed at its failure. The only chance was, whether pity would make the audience weep; but, instead of that, terror threw them into fits; and, of course, there was an end to my monodrama.

Lewis had even provided a sort of "happy ending" for the play. After the woman screams, "Your task is done!--I'm mad! mad!" a dumb-show follows, in which her brothers, father, and sister come to her rescue. At first, the woman seems lost in madness, crowning herself with straw. Then, however, an old servant enters with her child. Upon seeing the child, the woman calls out with joy, and sinks to her knees, embracing her son.

The final stage directions declares that the father and brothers "raise their hands to heaven in gratitude for the return of her reason." Apparently, maternal love conquers all.

Though The Captive failed originally, its gothic visions of madness were reborn later in such places as the Theatre du Grand Guignol in Paris. I'd love to see some talented actor tackle it today. (Hint, hint.)
Posted by James Armstrong, Playwright at 8:34 PM