Let us now sing the praises of Vincent De Camp, or if not sing his praises, laugh a little at the sad history of this comic actor. 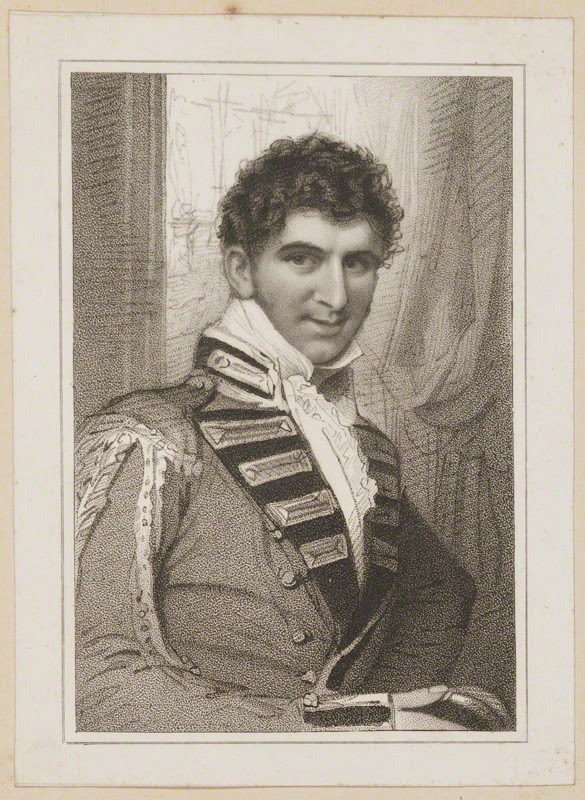 Vincent was born in 1777 into a family of singers, dancers, and actors. His sister, Maria Theresa, was quite a sensation, even at an early age, and later married Charles Kimble.

Alas, Vincent was unlucky in love. He reportedly developed a strong passion for Julia Glover, another comic actor, but she wouldn't have him. According to one account he "cured his passion by marrying a well-annuitated widow, who was nearly old enough to be his mother."

In 1812, Vincent fought a bloodless duel with a fellow actor, Robert William Elliston. The very next year, he appeared onstage with his former combatant in Samuel Taylor Coleridge's play Remorse. Vincent played Isidore, who tries to kill the character of Alvar. And who did Mr. Elliston play? Alvar.

Oh, but it gets better. Isidore is married to Alhadra. Who played Alhadra? Julia Glover, his old flame. No, that's not awkward at all....

In those days, a second-rate actor in England could often get starring roles by going to North America, so Vincent set sail for Canada. In 1833, he traveled to Philadelphia and performed at the Chestnut Street Theatre.

Later in life, he acted in Mobile, Alabama of all places. Poor old Vincent died in 1839 in Houston, Texas. Today, he is mostly forgotten.
Posted by James Armstrong, Playwright at 5:54 PM