If at first you don't succeed...

Publius Terentius Afer, better known as Terence, just couldn't catch a break. He was born in Carthage in northern Africa, but ended up becoming a slave to a Roman senator.

He had good looks and was intelligent, though, so he received an education and eventually started writing plays. One of his plays, The Eunuch, was staged twice on the same day, and won what the Roman author Suetonius called the highest fee ever awarded for a single comedy.

Terence's play The Mother-in-Law was not quite so lucky. It was first performed at the Megalensian Games in 165 B.C.E., but was a failure. According to a prologue read at its second performance five years later, "an unusual disaster and calamity interrupted it, so that it could not be witnessed throughout." What was the calamity? Apparently, the audience "carried away with admiration, devoted their attention to some rope-dancing."

As if that weren't enough, the second performance was cut short as well. A prologue for another performance later that same year stated, "a rumor spread that gladiators were about to be exhibited." The audience flocked to see the gladiators, and the play was withdrawn. The third time really was a charm, though, and the third attempt to mount the play proved to be successful. (By the way, the money Terence earned from his plays even allowed him to eventually obtain his own freedom.)

So what is The Mother-in-Law about? If you're expecting a story about a shrewish old woman, that's what Terence wanted you to think, though he in fact took the play in a very different direction. At the beginning of the piece, we hear that a young man named Pamphilus, in spite of being enamored of the courtesan Bacchis, has been forced to marry the daughter of his neighbor. At first, he refused to sleep with his new bride, but eventually he warmed to her, but then had to travel abroad due to the death of a relative.

During Pamphilus's absence, a quarrel allegedly broke out between the new bride and her mother-in-law, Sostrata. "All mothers-in-law hate their daughters-in-law," Sostrata's husband complains. "Is it not a disgrace for an old woman to pick a quarrel with a girl?" Sostrata proclaims her innocence, and longs for the return of her son. When he does return, he goes all emo, complaining that he is the most wretched man in the world. His wife, it seems, has gone back to live with her parents, and now is ill. Her "illness" turns out to be pregnancy, and she gives birth to a child.

But whose child? Remember, Pamphilus initially refused to have sex with his wife. While the families want to rejoice at the birth of a child, Pamphilus does the math, as does the young woman's own mother, Myrrhina. "For it is said that it was two months after the marriage before she had commerce with you," Myrrhina says to Pamphilus. "And then, this is but the seventh month since she came to you." There's some ambiguity in the text, but if the couple has been legally married for nine months, but only started sleeping together seven months ago, the birth wouldn't look suspicious... except to those in the know.

The young bride confides in Myrrhina that shortly before her marriage, she was raped, but she has no idea who fathered the child. "When my daughter was ravished, it was so dark that his person could not be distinguished," Myrrhina relates in a monologue. To add insult to injury, on leaving her, the attacker took a ring from the girl! The families prepare for the young couple separating, but the fathers of the newlyweds, oblivious to what is happening, blame the whole matter on Bacchis, the courtesan Pamphilus previously loved. If only they could get Bacchis to promise to leave her former client alone....

At the end of the play, it is Bacchis who unravels the mystery. When she comes in wearing a ring Pamphilus gave to her, Myrrhina recognizes it as the very ring stolen by the attacker. Bacchis remembers how about ten months ago (though perhaps it was closer to nine) Pamphilus came running to her house "out of breath, without a companion, and surcharged with wine." So I guess we're going with the drunk defense? Apparently, because he confessed to ravishing "some female, he knew not whom, in the street."

What makes the play repulsive to a modern audience is that this is presented as a happy ending. Pamphilus acknowledges the child as his own and takes back his wife. Of course, she now has to live the rest of her life with her rapist. Bacchis proclaims, "I am overjoyed that this happiness has befallen him through my agency; although other courtesans would not have similar feelings." Um... I think most anybody would not have similar feelings.

But hey, writing this sort of thing won Terence his freedom, so at least he achieved a happy ending for himself, right? Well, according to Suetonius, shortly after The Mother-in-Law had its long-delayed success, Terence left for a trip at sea and never returned. Most ancient authorities report he died in a shipwreck.

Like I said, some playwrights just never catch a break. 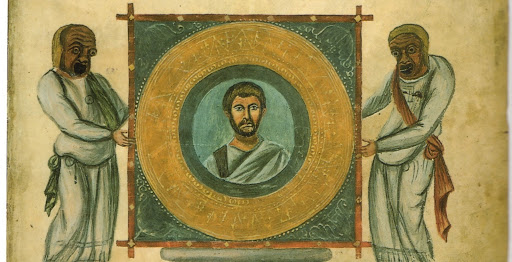