Another Rave Review for CAPITAL!

Daniel Skora has written a lovely review of my play Capital for It's All About Theatre. You can read the full review here, but its spirit is captured in the opening line:

Take the social, economical and philosophical ramblings of Karl Marx, a misdirected letter from Charles Dickens to his lawyer, and the yearnings of a soon-to-be young woman for a silk bonnet and you have the makings of “Capital”, the enjoyably amusing and often hilarious comedy currently being presented by the Detroit Repertory Theatre.

On Saturday, Encore Michigan published the first review of the show by Martin F. Kohn. Both Kohn and Skora write appreciatively about the script as well as about Leah Smith's excellent direction, and the wonderful cast, including Harry Wetzel, Lulu Dahl, Ben Will, and Sara Catheryn Wolf.

Skora calls the play "a robust tug-of-war" that is "whimsical rather than intellectual." Praising the direction, he notes that "Smith has assembled a cast who know how to do physical comedy." He singles out Dahl as "uniformly exceptional" and calls Will "inherently funny."

The play is showing until May 14th, so be sure to get your tickets from Detroit Rep! 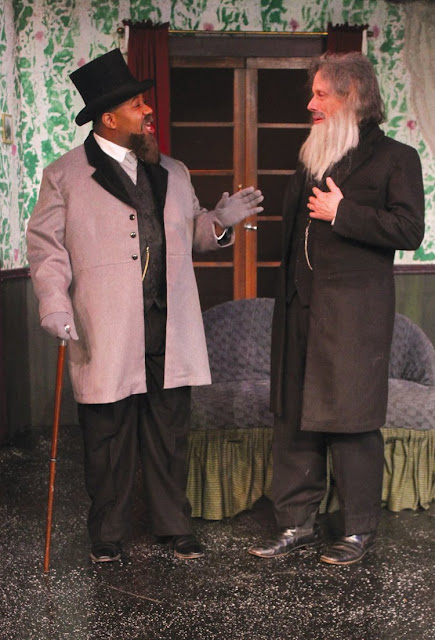