Detroit Repertory Theatre has announced the cast of my new play Capital, which will run from March 23rd to May 14th. 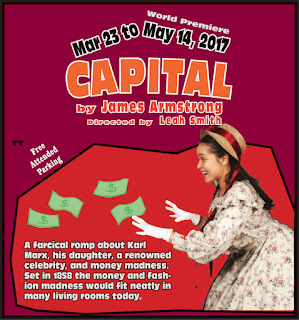 The play is inspired by true events in 1858 when Karl Marx was living as a lowly journalist in London and trying to raise a teenage daughter. In the play, all she wants is a new bonnet of the latest fashion. Unfortunately for her, her father is... well, Karl Marx.

Robert Grossman will be playing Marx, and Lulu Dahl will play his daughter Jenny. Grossman was in Detroit Rep's production last year of Richard Strand's brilliant play Butler. Dahl is a familiar face at the Rep as well, where she played Herb's daughter in the play Herb and the Green Knight.

Rep newcomer Sara Catheryn Wolf is playing Nellie Ternan, an actress who was also a... um... ahem--close friend of a certain great author. That author, as well assorted other parts, will be played by Ben Will, another veteran at Detroit Rep.

Leah Smith is directing the production, and I am greatly looking forward to attending opening night. Tickets are only $20, and even cheaper if you get them in advance, so if you're in the Detroit area, please come! 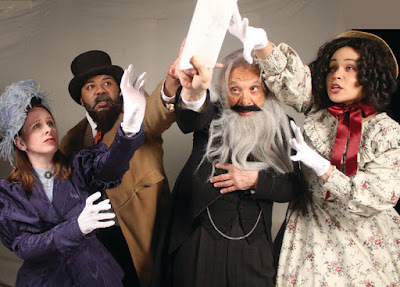