I've been reading Rosemary Ashton's biography of Samuel Taylor Coleridge, a writer hailed in his lifetime as a great playwright as well as a great poet.

Even from a young age, Coleridge had a dramatic imagination. In 1792, he was spending much time at the home of his friend, Tom Evans, enjoying a sort of adopted family. In a letter to Tom's mother, the 19-year-old Coleridge wrote of his fondness for the family in metaphors of the stage: 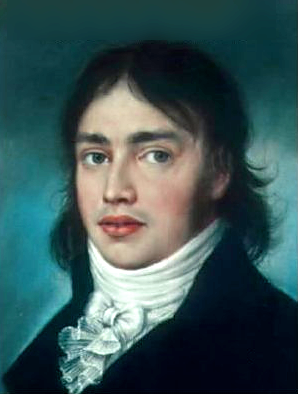 You and my Sisters have the very first row in the front box of my Heart's little theatre--and--God knows! you are not crowded. There, my dear Spectators! you shall see what you shall see--Farce, Comedy, & Tragedy--my Laughter, my Chearfulness, and my Melancholy. A thousand figures pass before you, shifting in perpetual succession--these are my Joys and my Sorrows, my Hopes and my Fears, my Good tempers, and my Peevishnesses: you will however observe two, that remain unalterably fixed--and these are Love and Gratitude.

One of the first serious literary attempts Coleridge made was a play about Maximilien de Robespierre he wrote in collaboration with Robert Southey. The two friends undertook the work as a sort of docu-drama, composing The Fall of Robespierre only weeks after the execution of the famed leader of the French Revolution. Robespierre had gone to the guillotine on July 28, 1794, and Coleridge and Southey wrote the play in August, using newspaper accounts of the events leading up to his precipitous fall from power. By the beginning of September they were shopping the play around to publishers, and it was released to the public in October. No grueling developmental workshops here!

Coleridge fell very much under the spell of the German playwright Friedrich Schiller. After having discovered Schiller's The Robbers, he wrote to Southey: 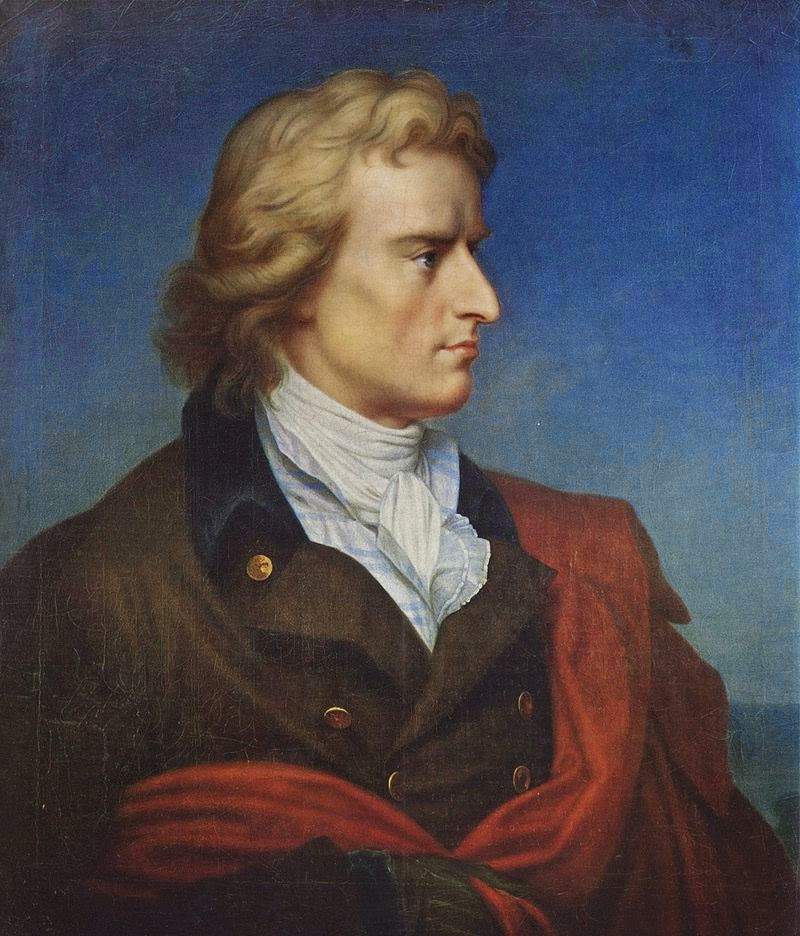 I had read chill and trembling until I came to the part where Moor fires a pistol over the Robbers who are asleep--I could read no more--My God! Southey! Who is this Schiller? This Convulser of the Heart? Did he write his Tragedy amid the yelling Fiends?

Later, in 1795, Coleridge wrote a political pamphlet called The Plot Discovered in which he attacked the government of Prime Minister William Pitt. One of the charges he leveled against the government was that it had suppressed productions of The Robbers.

For most people, Coleridge's name will forever be bound up with that of William Wordsworth. It was the two of them together who ushered in a wave of Romanticism with their joint publication of Lyrical Ballads. However, for their first in-person meeting after a period of admiring correspondence, Coleridge had tucked under his arm not poems but the first two and a half acts of his play Osorio.

Two passages from Osorio actually made their way into Lyrical Ballads as independent poems under the titles "The Foster-Mother's Tale" and "The Dungeon." My favorite of the two is the latter:

And this place our forefathers made for man!
This is the process of our love and wisdom
To each poor brother who offends against us—
Most innocent, perhaps—and what if guilty?
Is this the only cure? Merciful God!
Each pore and natural outlet shrivell'd up
By ignorance and parching poverty,
His energies roll back upon his heart,
And stagnate and corrupt; till changed to poison,
They break out on him, like a loathsome plague spot.
Then we call in our pamper'd mountebanks—
And this is their best cure! uncomforted
And friendless solitude, groaning and tears,
And savage faces, at the clanking hour,
Seen through the steams and vapour of his dungeon,
By the lamp's dismal twilight! So he lies
Circled with evil, till his very soul
Unmoulds its essence, hopelessly deformed
By sights of ever more deformity!

With other ministrations thou, O nature!
Healest thy wandering and distempered child:
Thou pourest on him thy soft influences,
Thy sunny hues, fair forms, and breathing sweets,
Thy melodies of woods, and winds, and waters,
Till he relent, and can no more endure
To be a jarring and a dissonant thing,
Amid this general dance and minstrelsy;
But, bursting into tears, wins back his way,
His angry spirit healed and harmonized
By the benignant touch of love and beauty.

Sadly, the Theatre-Royal at Drury Lane turned down Osorio. Coleridge disliked some of the popular fare that did make it to the boards. He derided Matthew G. Lewis's runaway hit The Castle Spectre as "Schiller Lewisized" with "not one line that marks even a superficial knowledge of human feelings."

In 1798, as Lyrical Ballads was being published, Coleridge set out to Germany, where one of his goals was to gather enough materials to write a biography of the playwright Gotthold Ephraim Lessing. The book on Lessing never materialized, but Coleridge did learn enough German to translate the two main parts of Schiller's dramatic trilogy Wallenstein. These two works, The Piccolomini and The Death of Wallenstein, are now regarded as models of poetic translation. 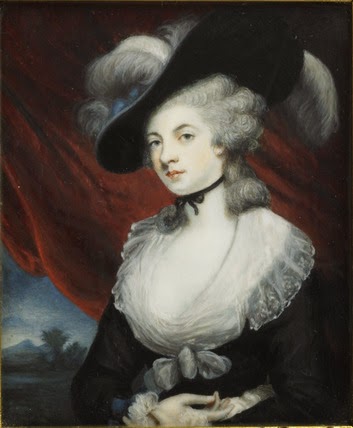 After his return from Germany, Coleridge joined the circle of the English actress and poet Mary Robinson, nicknamed "Perdita" for the role she played in The Winter's Tale. (It was in this part that she attracted the attention of the Prince of Wales, soon becoming his mistress.) Coleridge read to her from his unfinished and unpublished poem "Kubla Khan." She recalled the scene in her own piece, "Mrs. Robinson to the Poet Coleridge" which she published in October of 1800, not long before her death.

During all this time, Coleridge was yet to have any of his own plays produced, He wouldn't have to wait forever, though. Though Drury Lane had turned down Osorio, Coleridge rewrote the piece as a new tragedy: Remorse. That play was the hit of the season in 1813, and is also the subject of tomorrow's blog post.