The Greatest Romeo Upon Holborn Hill

As the author William Archer points out, Robert William Elliston acquired the lease on the Royal Circus Theatre the day before the Theatre Royal at Drury Lane burned down on February 24, 1809. It was a massive stroke of good luck. He was able to provide the public with entertainments during the long hiatus while Drury Lane was being rebuilt. 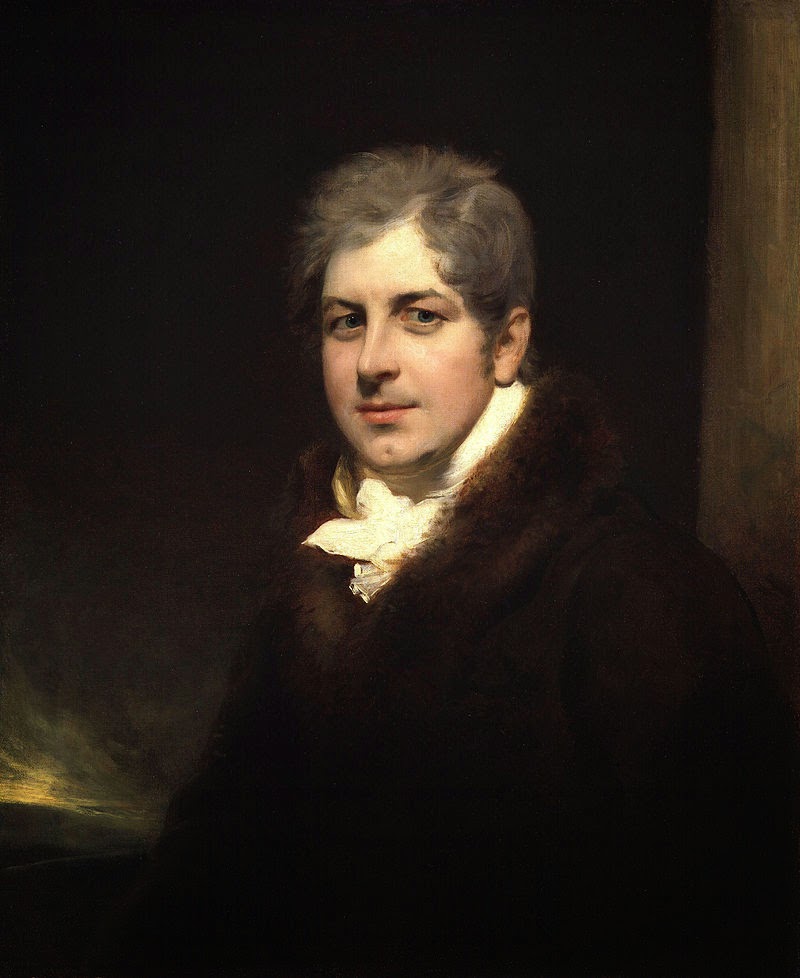 Plus, Elliston never stopped acting. At the Haymarket Theatre (which was licensed to perform "legitimate" spoken drama during the summer months while Drury Lane and Covent Garden were closed) Ellistion played Pierre in Venice Preserv'd and Lothario in The Fair Penitent. Then, when Drury Lane finally did reopen on October 10, 1812, Elliston gave a special address written by Lord Byron. The following year, he originated the role of Alvar in Samuel Taylor Coleridge's tragedy Remorse.

Elliston's star continued to rise, and in 1819 he took over the lease of Drury Lane. Elliston staged an elaborate spectacle for the coronation of the new king, who of course attended performances at Drury Lane frequently. According to one anecdote, the king once slipped into his box early in order to avoid a rain storm and fell asleep. Elliston, seeing someone in the king's seat, was about to reprimand the man when he realized that it was the king himself. Unsure of what to do, he went and got a violin and played "God Save the King" in order to wake the monarch so the house could be prepared.

However, Elliston was best remembered for playing lovers. John Hamilton Reynolds praised him in a laudatory poem as "The greatest Romeo upon Holborn Hill." In one of his critical essays, Leigh Hunt described the actor this way:

When Elliston makes love, he appears literally  to live in the object before him; he shows a most original earnestness in his approach and in his devices to his mistress, he enters into all her ideas, he accompanies her speech with affectionate gestures of assent or anticipation, he dwells upon her face while she is talking to another; in short, he is his fair one's shadow....

Later, in his own autobiography, Hunt raved:

Indeed, he was the most genuine lover that I ever saw on stage. No man approached a woman as he did--with so flattering a mixture of reverence and passion--such closeness without insolence, and such a trembling energy in his words.

Sadly, in 1826 Elliston collapsed on stage while playing Falstaff. The proprietors of Drury Lane took advantage of the situation to cancel his lease, allegedly due to back rent, but probably because they thought the actor-manager was past his prime. He probably was. He died five years later, having appeared on stage just two weeks before his demise.
Posted by James Armstrong, Playwright at 7:18 AM