From the table of my memory...

Hamlet speaks of "the table of my memory" and famously cries out "My tables, my tables! Meet it is I set it down / That one may smile, and smile, and be a villain...."

Scholars have long known that the "tables" Hamlet speaks of were small wax tablets that Elizabethans frequently used to take down notes. At the end of the day, notes could be copied into a commonplace book and the wax "tables" or "table books" easily erased. These devices were portable, small enough to put in a pouch or pocket, and inscribed with a simple stylus, so pen and ink were not necessary.

In the most recent issue of Theatre Notebook, put out by the Society for Theatre Research, June Schlueter has some interesting speculations about how these tables might have shaped the evidence we have of Elizabethan stage practices. First of all, she notes that in addition to the references in Hamlet, wax tables come up in a number of works from the period, including the plays Love's Labours Lost and Antonio's Revenge. People in Elizabethan England used them all the time. Is it possible someone had used them to take sketches at the theatre?

We have very little visual evidence of what an Elizabethan performance looked like, but we do have two period drawings that come up in nearly every study of Shakespeare's theatre. The first is Henry Peacham's illustration of Titus Andronicus, which appears above a passage from the play, though curiously, that passage does not appear in precisely the same words and spelling in any of the surviving texts of that drama. 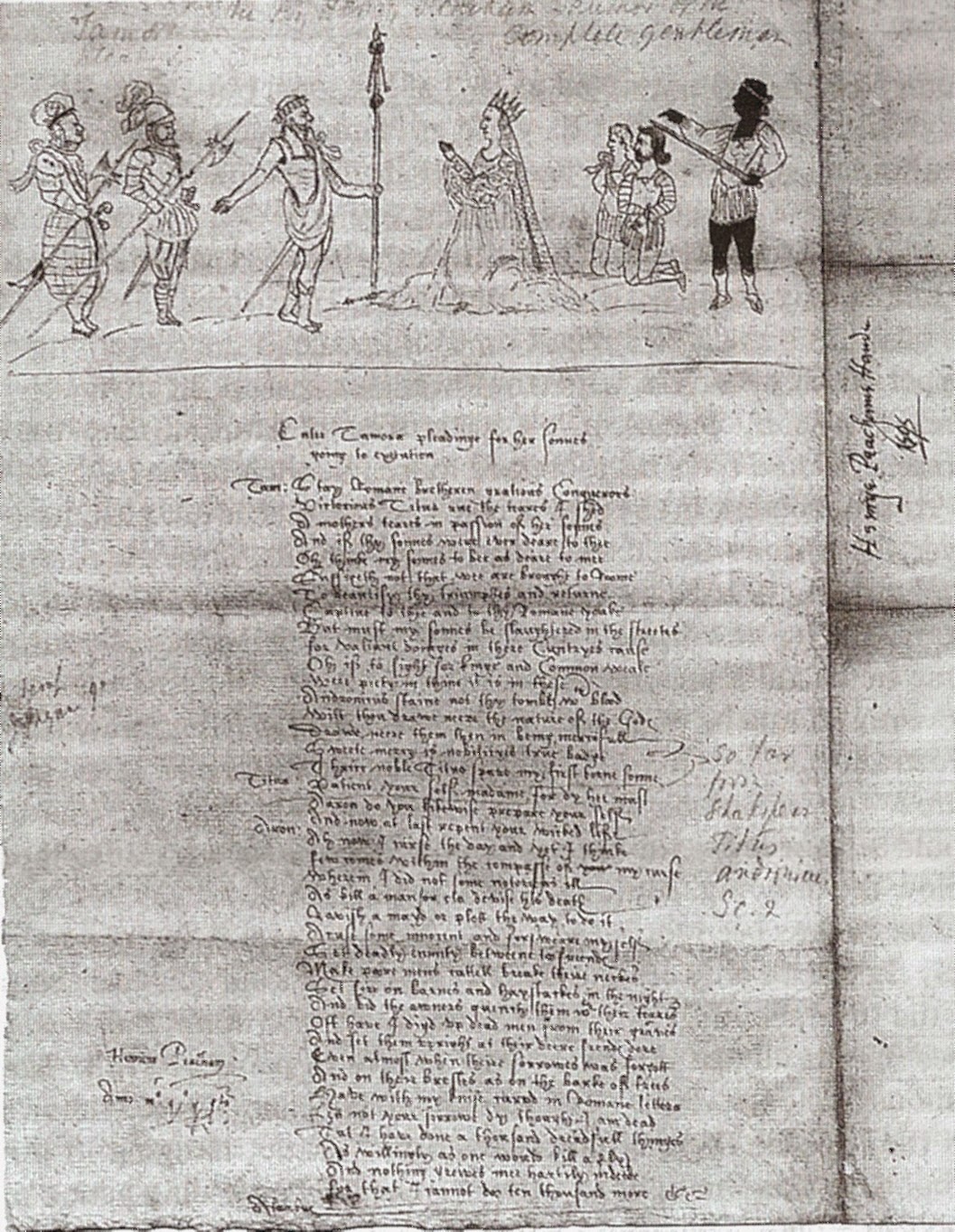 What exactly are we looking at here? These figures appear to be the characters in Act I, though Aaron the Moor is looking mighty confident and ready for revenge, something that doesn't occur that early in the play. Most of the lines quoted on the page come from Act I, though the manuscript also quotes Aaron's boast from Act V. So is this a composite illustration of multiple scenes?

More importantly, what does this illustration tell us about how Shakespeare's plays were staged? The characters appear to be dressed in a combination of Elizabethan and mock-Roman outfits. Is that what the actors wore? Or did the actors dress in modern Elizabethan clothes and Peacham is simply imagining what the characters might have looked like in Roman times.

Then there's the matter of Aaron the Moor, who is clearly depicted as black in the drawing. Did Shakespeare's company use a black actor? In fact, there were a number of people of African descent in London during Shakespeare's day, as it was a very cosmopolitan port city even back then. On the other hand, the company could have used something as makeup to darken an actor's skin, or Aaron could have been played by a white actor making no effort to darken his skin, and Peacham might have recorded simply how he imagined the character to appear.

We know for a fact that Peacham did own a table book, so Schlueter brings up a fascinating possibility: What if Peacham had sketched the scene from life, then later copied it onto paper? If so, it would tend to suggest that the depiction might indeed be a fairly accurate portrayal of how the play was staged. Schlueter does not speculate that the text, too, might have been copied down in a table book by someone watching the play, but that certainly would explain the discrepancies between this document and all of the printed versions of the text. 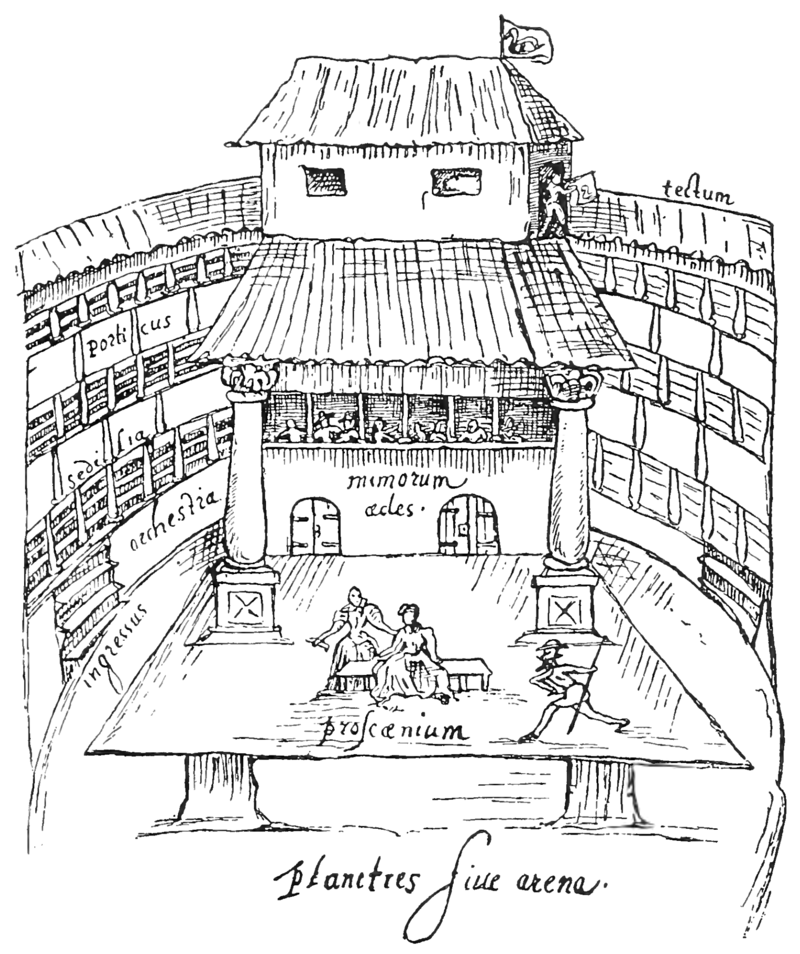 Schlueter makes a similar argument about Johannes de Witt's illustration of the Swan Theatre, which exists unfortunately in only a copy of de Witt's original drawing. The image would appear to tell us a great deal, such as that the theatre had a raised stage surrounded by a circular structure, and that there were multiple entrances and three rows of galleries. But the more we look at the picture, the more questions we have.

Was the stage permanent, or do the leg-like objects propping up the stage in the illustration suggest it could be removed for bear-bating and other entertainments? Was there no trap door beneath the stage? Were there really only two entrances? And were those entrances doors rather than curtains?

All of these questions have led many scholars to doubt the validity of the Swan drawing. If Schlueter is right, and de Witt sketched the image on a wax tablet first, what we have could be a lot closer to reality than previously thought.

On the other hand, that would mean that the drawing we have is not merely a copy of de Witt's original sketch, but a copy of a copy, since the original would have been drawn into wax, and that evening erased, never to be seen again.
Posted by James Armstrong, Playwright at 10:55 AM