It's Christmas Eve, and my mind goes back to the adaptation I wrote of A Christmas Carol by Charles Dickens. The play was originally commissioned by the Epiphany Theater Company and performed in Saratoga Springs, New York in 2007.

Jose Zayas directed that production, which had just two actors, Hugh Sinclair as Ebenezer Scrooge and George Deihl, Jr., who played Charles Dickens and all of the other characters. Of course, they were aided by puppets by Gretchen Van Lente, costumes by Carla Bellisio, lights by Evan Purcell, a set by Mark Erbaugh, and a sound design by Amy Altadonna.

Here now is A Christmas Carol in pictures:

Dickens begins the narration: "Marley was dead, to begin with..." 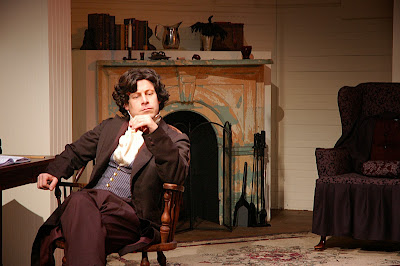 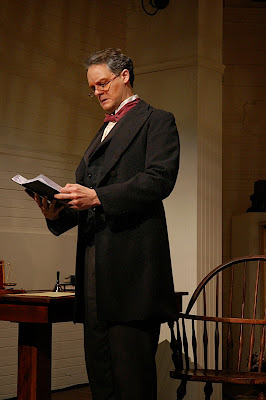 He kept an eye on his clerk, Bob Cratchit. 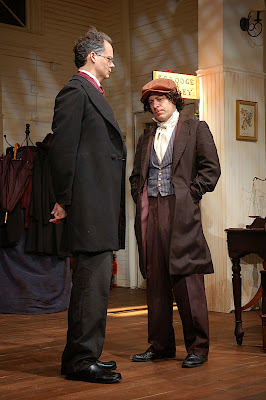 But that night, Scrooge saw in the knocker--not a knocker, but Marley's face. 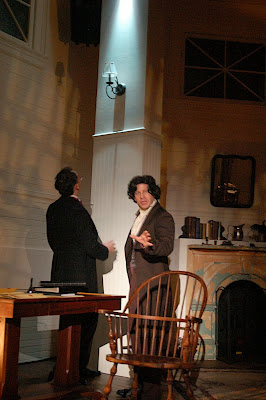 For that night, Scrooge would receive a visit from... 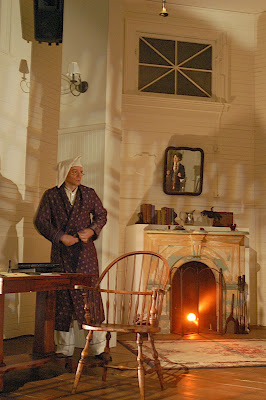 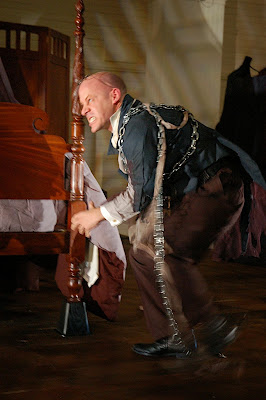 Scrooge would be haunted by three spirits... 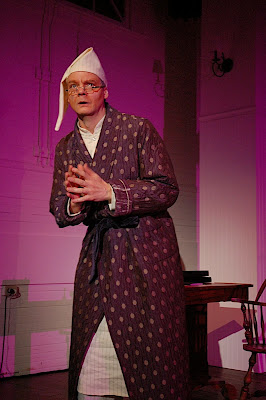 The first was the Ghost of Christmas Past. 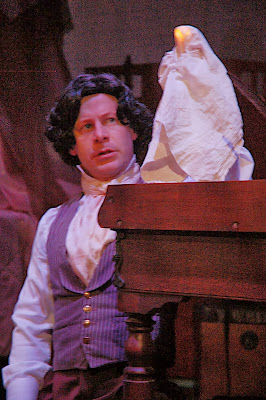 Scrooge saw his sister Fan visit him at school... 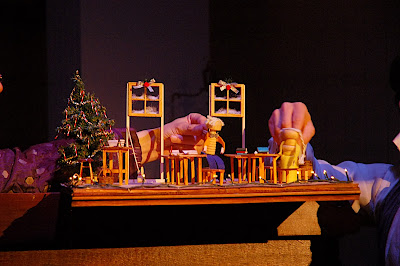 ...and he saw Belle! The woman he once loved. 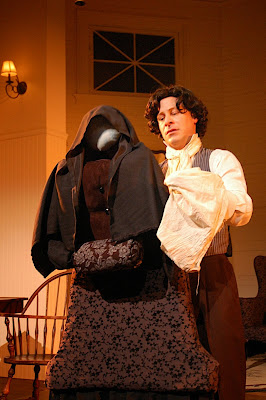 Finding himself in bed, Scrooge was ready for anything between a baby and a rhinoceros. But he was not ready for... 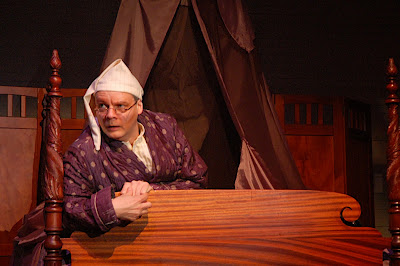 ...the Ghost of Christmas Present! 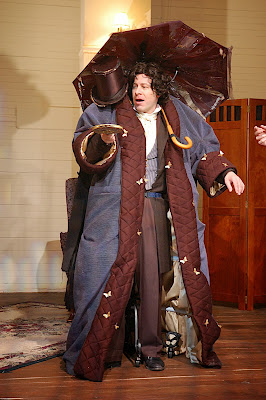 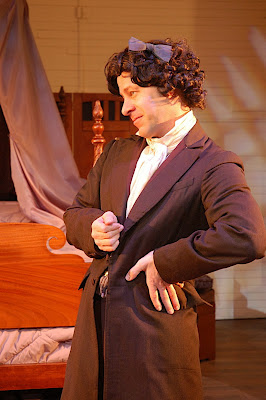 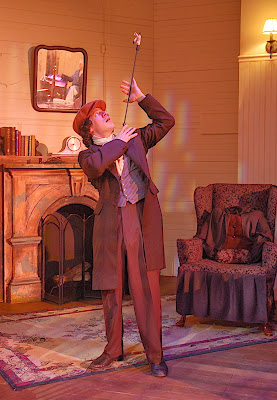 "Ghost of the Future! I fear you more than any specter I have seen." 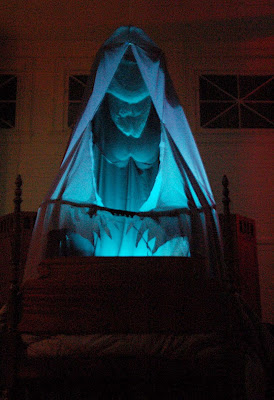 "Who's the worse for the loss of a few things like these? Not a dead man I suppose?" 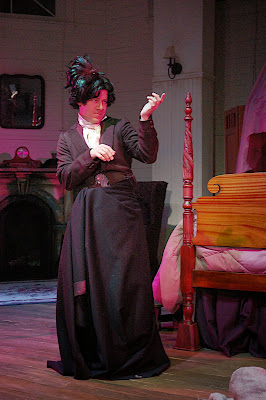 Scrooge asks to see any person in the town who feels emotion caused by this man's death. The Spirit shows him a debtor who rejoices. 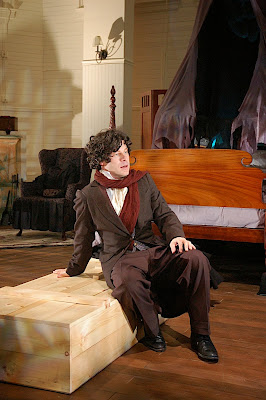 "Oh, tell me I may sponge away the writing on this stone!" 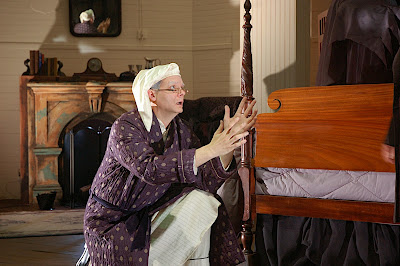 Scrooge buys a turkey for the Cratchits... 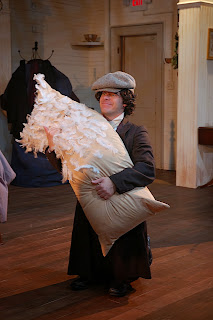 ...and becomes a changed man. 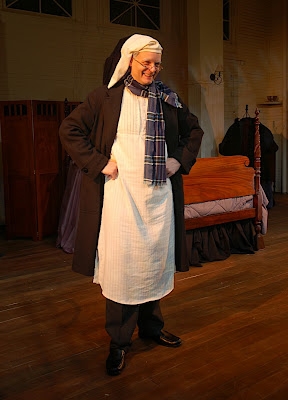 Merry Christmas, everyone! And as Tiny Tim observed, "God Bless Us, Every One!