Congratulations to the Astoria Performing Arts Center, whose production of Follies cleaned up at the New York Innovative Theatre Awards this week.

I had the pleasure of seeing the production, directed by Dev Bondarin, this past May. It was also the last production APAC produced in their former space. For next season, they'll be moving to the Variety Boys & Girls Club of Queens, just down the street from their old place.

Incidentally, Dev will be directing a staged reading of my one-act play The Love Songs of Brooklynites next month, presented by Emerging Artists Theatre. Hope you can make it! 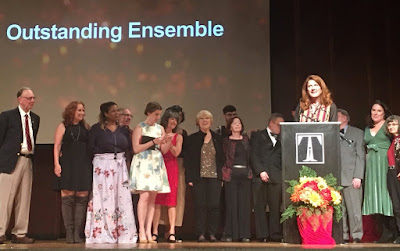