I recently got back from celebrating Christmas in Ohio, and while I didn't see any theatre in Columbus, I managed to stumble across some theatrical memorabilia.

While visiting the historic Kelton House, I was surprised to see in a bookcase the complete works of Hannah More. Today, More is rarely remembered, but her 1777 drama Percy (which opened the same year as The School for Scandal by Richard Brinsley Sheridan) was the most successful English verse tragedy of its era. 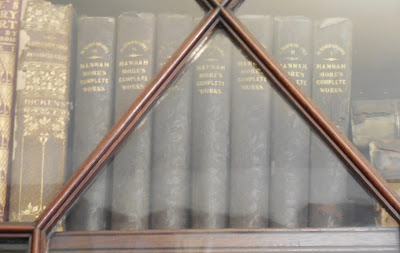 Even more exciting was a glass case filled with ceramic figurines of commedia dell'arte characters. Such porcelain miniatures of stage actors were popular during the nineteenth century. How they got to the house and whether or not they were collected by the Kelton family (which incidentally also ran a stop on the underground railroad) I don't know. 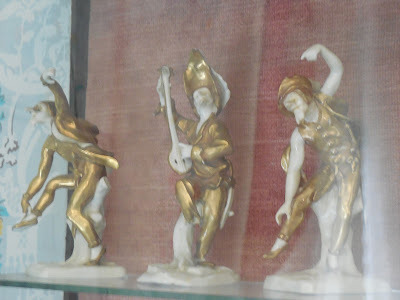 Next to the case of miniatures was a series of prints of commedia actors modeled off of the illustrations done by Jacques Callot. In the 1620s, Callot did a series of etchings he called Balli di Sfessania. These etchings give us an idea of how commedia performers dressed in the seventeenth century. 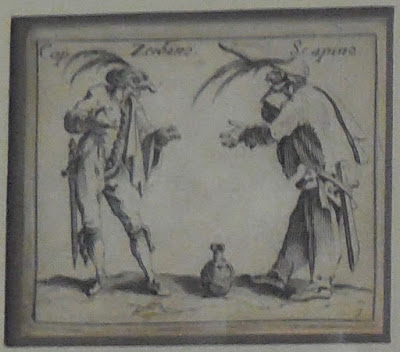 Here we see Captain Zerbino and Scapino. Zerbino is one of many braggart soldier figures popular in commedia, but Scapino is particularly famous for inspiring the character of Scapin that Moliere frequently played. To see these treasures and other curiosities of the past, take a tour of Kelton House Museum in Columbus. It's worth a visit! 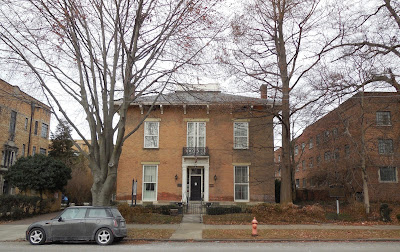