The Bedlam theatre company has attracted great attention ever since its innovative staging of George Bernard Shaw's Saint Joan. That production, starring Bedlam co-founder Andrus Nichols as Joan of Arc, not only drew critical praise, but it was the talk of the Shaw in New York conference last year. 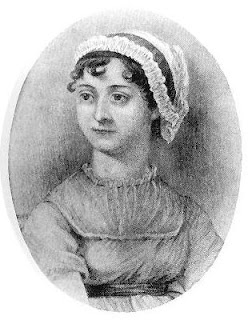 Bedlam's method--small casts performing multiple roles, flexible theatre spaces, innovative staging--also worked with their production of Hamlet. But now the company is tackling an adaptation of Jane Austen's beloved novel Sense and Sensibility. Can the same method that worked so well for Shakespeare and Shaw also serve a sprawling novel like Sense and Sensibility?

Kate Hamill, who also plays Marianne Dashwood, penned the adaptation, and she is to be commended for keeping the piece engaging and surprising, even for those already familiar with the story. Eric Tucker, who also directed Saint Joan and Hamlet, adds magnificent staging to Hamill's script, having actors literally roll across the stage on wheeled chairs, sofas, tables, and other set pieces, all designed by John McDermott. The result is a joyous, rollicking, fast-paced ride through the novel.

I will not say that the production never stops, because it does, but the moments when the frenetic action comes to a standstill have all the more intensity because of the contrast. When Elinor Dashwood (played by Nichols) comes face to face with a secret from Lucy Steele (played with delightful annoyingness by Laura Baranik), the sudden standstill in the action feels to us like the end of the world--as no doubt it does to poor Elinor as well.

The entire cast is excellent, but the story of course focuses on the Dashwood ladies, not just Elinor and Marianne, but also their sister Margaret (played by Jessica Frey) and their mother (played by Samantha Steinmetz, who also does a hilarious turn as Lucy Steele's ditzy sister Anne). Edmund Lewis is upstanding as Colonel Brandon, and Jason O'Connell is a charismatic Edward Ferrars when he isn't stealing the scene from himself by doubling as Edward's ridiculous younger brother Robert.

Though the production hints at the Regency period with flowing dresses and occasional snippets of music from English country dances, Bedlam makes sure not to lock the story down in any one era, throwing in occasional modern touches, such as pop music that segues into something approaching a nineteenth-century country dance at the beginning of the show. Fans of "Jane Punk" should be delighted to see the mix of periods and styles that still manages to be faithful to the spirit of Austen's novel.

If you want to see the show (and you should), it's playing in Greenwich Village at the Gym at Judson until March 6th. Tickets are liable to go quickly, so see it now! For more information go to: