What if legends were real? If the mysterious creatures of folk belief were to actually show up on our doorsteps, how might we react?

Those questions were being asked by a number of playwrights around the turn of the last century. Modern science and technology had banished fairies and mermaids from our midst, but perhaps because those worlds were now so distant, some dramatists wanted to explore the possibility of another world coming into contact with our own.

William Butler Yeats did this in a number of his plays, including his 1894 one-act The Land of Heart's Desire. First performed at London's Avenue Theatre, The Land of Heart's Desire shows the visit of a Faery Child to a simple household in the County of Sligo on the Eve of May. An older couple, Maurteen and Bridget Bruin, love their son Shawn, but are less sympathetic to his young wife, Mary, who seems discontented with her lot.

While the family is entertaining a priest, Father Hart, Mary is reading a book of stories. As she reads, she dreams of the Land of Faery:

Following local custom, Mary takes a bough of quicken wood and hangs it outside the door at twilight on May Eve. The bough is intended for the "Good People" of the faery world to send good luck into the house. However, a strange girl comes and takes the bough instead. 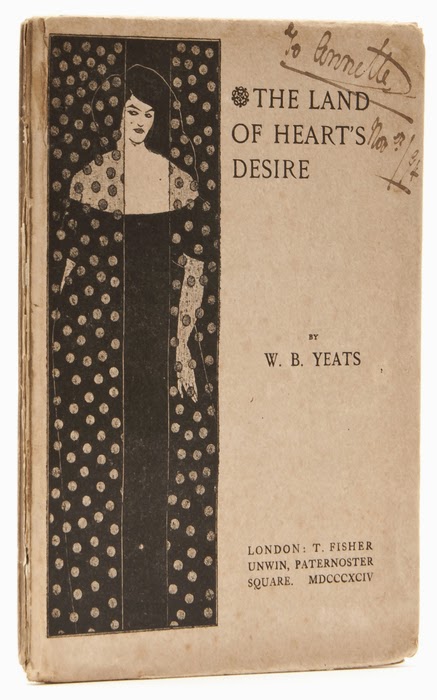 Mary gives a cup of milk to the girl and her father-in-law brings the child inside. Though Bridget at first warns against helping the stranger, she seems to fall under the child's spell. Father Hart is also swayed by the girl, and when the sight of a crucifix seems to frighten her, he moves it to the next room.

This, it turns out, is a very bad move. Once the crucifix is gone, the child dances on the floor of the house, giving herself power over it. The family comes to realize that the child is a faery come to take away the newly married bride, Mary. The faery claims that if Mary does not come with her, she will grow old like the rest and become just as bitter as her mother-in-law.

Not wanting to become old and bitter of tongue, Mary agrees to go, and she dies in the blossom of her youth.

The Russian playwright Zinaida Gippius explores similar themes in Sacred Blood, a 1901 play that gained her many followers but did not achieve the success on stage enjoyed by her later play The Green Ring.

Sacred Blood's faery equivalent is the Rusalka, a mermaid-like creature that has no soul and frequently lures men to their deaths. Gippius plays with the legend, however, giving one young Rusalka a thirst to possess an immortal soul. The Rusalka turns to a witch for assistance and gains a mortal body, though she still does not have a soul.

In the second scene of the play, the Rusalka visits two mortals, the kindly religious hermit Father Pafnuty and his young, scholarly companion Nikodim. Like the mother-in-law in The Land of Heart's Desire, Nikodim does not trust the young visitor. Father Pafnuty does, though, and after he learns of the girl's origins, agrees to baptize her. 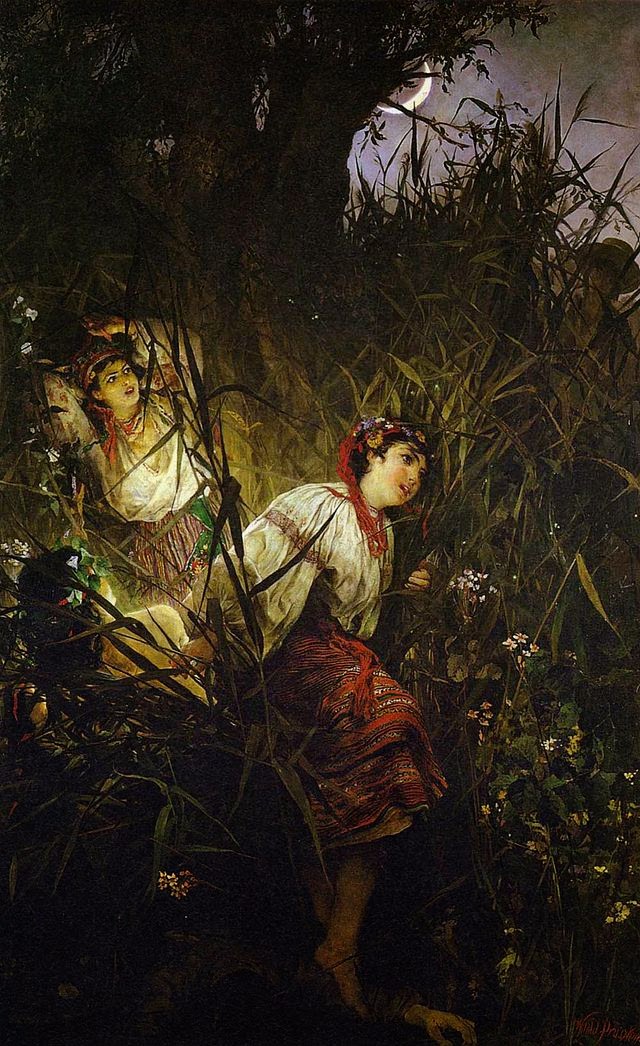 This is blasphemy in Nikodim's mind, since God has already cursed the Rusalka. If Father Pafnuty baptizes the girl, Nikodim warns the holy man could lose his own soul. Ever giving, Father Pafnuty vows to perform the ceremony anyway, willing to give up his own soul if need be in order to save another.

The Rusalka does not want to endanger the man's soul, and she considers drowning herself before Father Pafnuty can baptize her. The witch returns and offers her another choice, however. Giving a knife to the Rusalka, she explains that if she murders the old man he will go straight to heaven. She, while gaining a soul, will be forever damned for committing the one sin God never forgives.

Ultimately, the Rusalka does kill him, but she claims to have committed the deed as an act of love. Killing one she loves is already a greater torment than Hell could ever provide. At the end of the play she exclaims:

Where is the person who would fear torment after my torments? I fear nothing. I went to the One Who called me, Who set me on the most difficult of paths - and He came to meet me.

In both plays, a kind-hearted soul invites in a spirit from another world, and in both cases the soul pays for that kindness with death. Where the plays differ, however, is in their point of view. The Land of Heart's Desire is shown clearly from a human viewpoint. The faery appears as a malevolent sprite come to take away the newly married bride. Though Mary escapes a life of old age and misery, she apparently escapes only through death.

Sacred Blood on the other hand, is told from the point of view of the supernatural creature. The Rusalka does take the life of the one who invited her in and showed her kindness, but we understand that her motives are benevolent. Killing the old man is torment for her, but she does it anyway, believing it is the only way to save the man's soul while also gaining one for herself.

This begs a question: Could the Child Faery in The Land of Heart's Desire be just as benevolent in her own mind? Perhaps, in killing Mary and saving her from a fate worse than death, the faery thinks she is bringing Mary salvation, just as the Rusalka frees Father Pafnuty from a life filled with temptations.
Posted by James Armstrong, Playwright at 5:09 PM