Last night, I got back from Durham, New Hampshire, where the University of New Hampshire put on my musical Keep On Walkin'. The play was the 2012 winner of the Anna Zornio Memorial Children's Theatre Playwrighting Award, and this production was part of the prize. 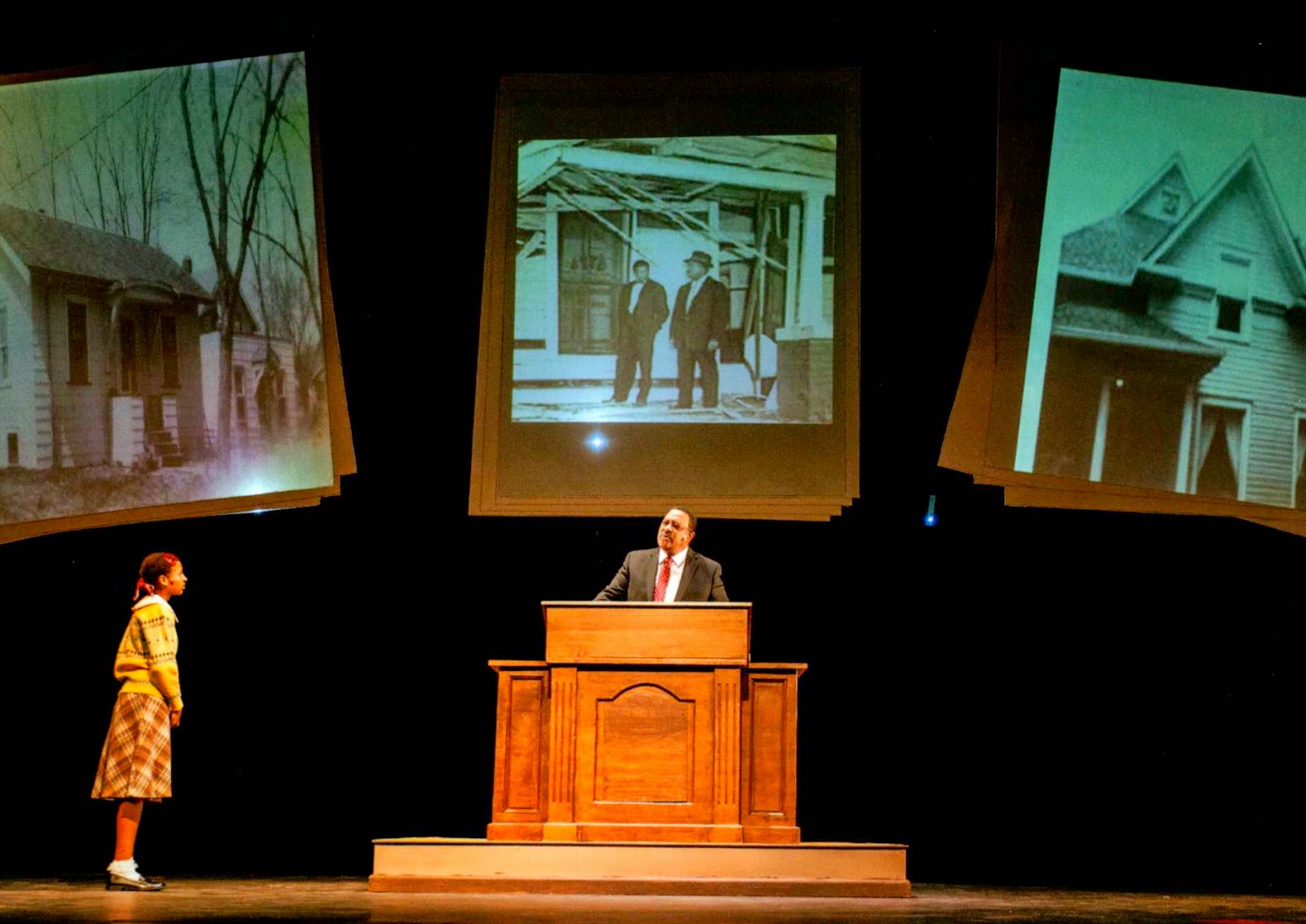 The play tells the story of a white girl on Staten Island who becomes pen pals with an African American girl in Montgomery, Alabama. Through the eyes of these two girls, we meet a young preacher named Martin Luther King, Jr. who is leading a boycott of segregated buses in Montgomery.

Lavell Blackwell composed the music for the piece, and Joshua H. Cohen wrote the lyrics. This production was directed by Raina Ames, who did a wonderful job bringing the play to life. The set, designed by David Kaye, was divided with two kitchen tables on each side and a prominent pulpit between the two. Above the stage were three screens that displayed projections designed by Natalie Bujeaud. 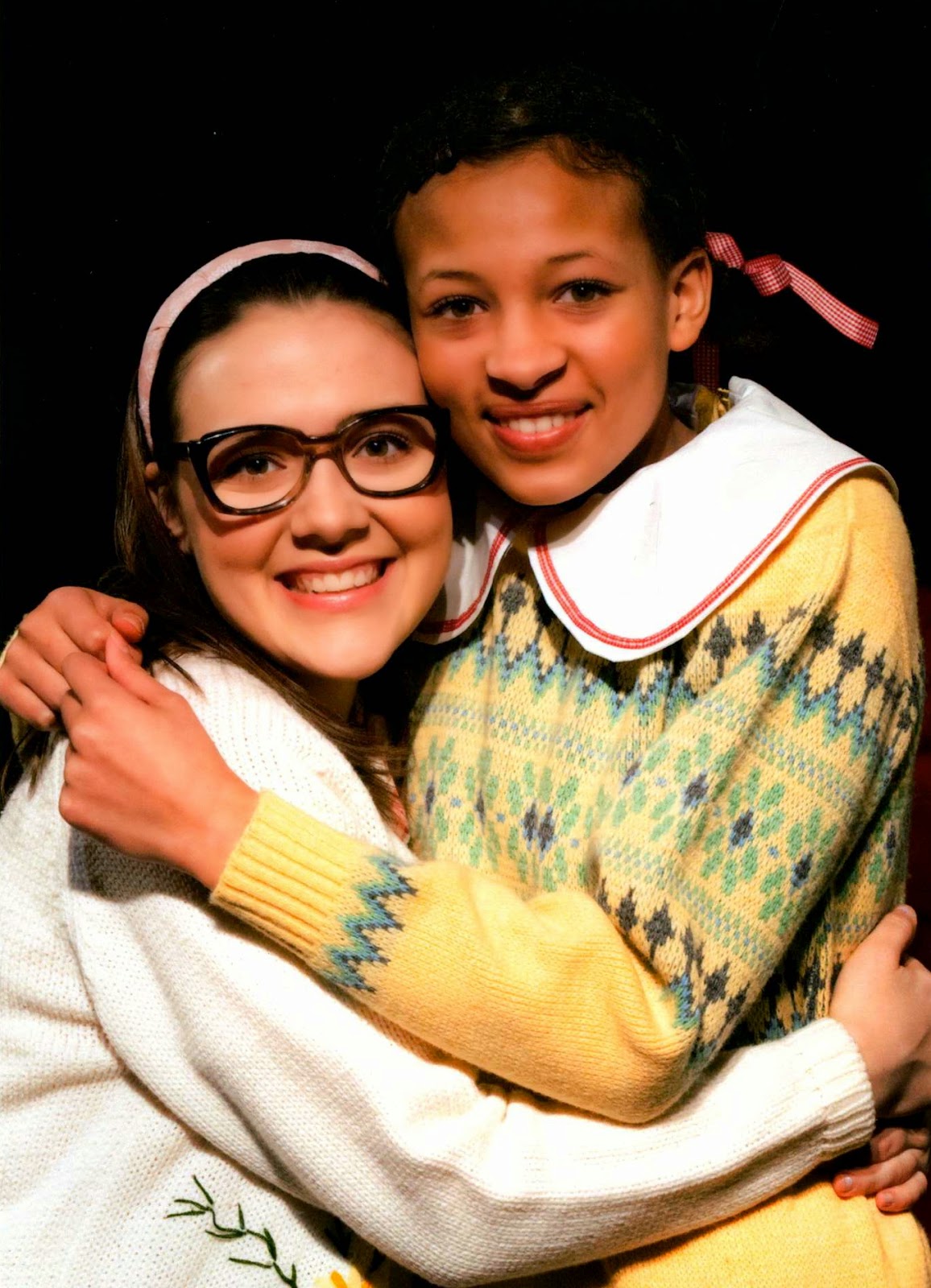 Our two leads were wonderful. Kaia Lontine-Kearson, who really is 13 years old, played the Montgomery girl, June Johnson. Katharine Paiva, who will graduate UNH next year, played May Masina, the girl from Staten Island. Though she is considerably older, I certainly believed her as thirteen years old, and the two actresses' voices melded beautifully onstage.

Other fine performances came from Robert Collinge II as May's father and Brian Walker as her older brother. Freshman Rebekah Londoff did a wonderful job playing a variety of roles, including May's teacher, a white woman who confronts June in Montgomery, and former first lady Eleanor Roosevelt.

Special praise, however, belongs to Michael Turner, an alumnus of UNH who returned to play Dr. King in this production. Turner nailed King's cadences, both when speaking and when singing. We were very fortunate to have him as part of the production.

Szu-Feng Chen designed colorful costumes that evoked the 1950s, and Ally Foy provided some lively choreography, especially toward the end of the play. The cast also benefited greatly from the musical direction of John Berst.

Lavell, Josh, and I all hope that Keep On Walkin' will continue to have a life in the future, so watch this blog for more information about the show in the future! 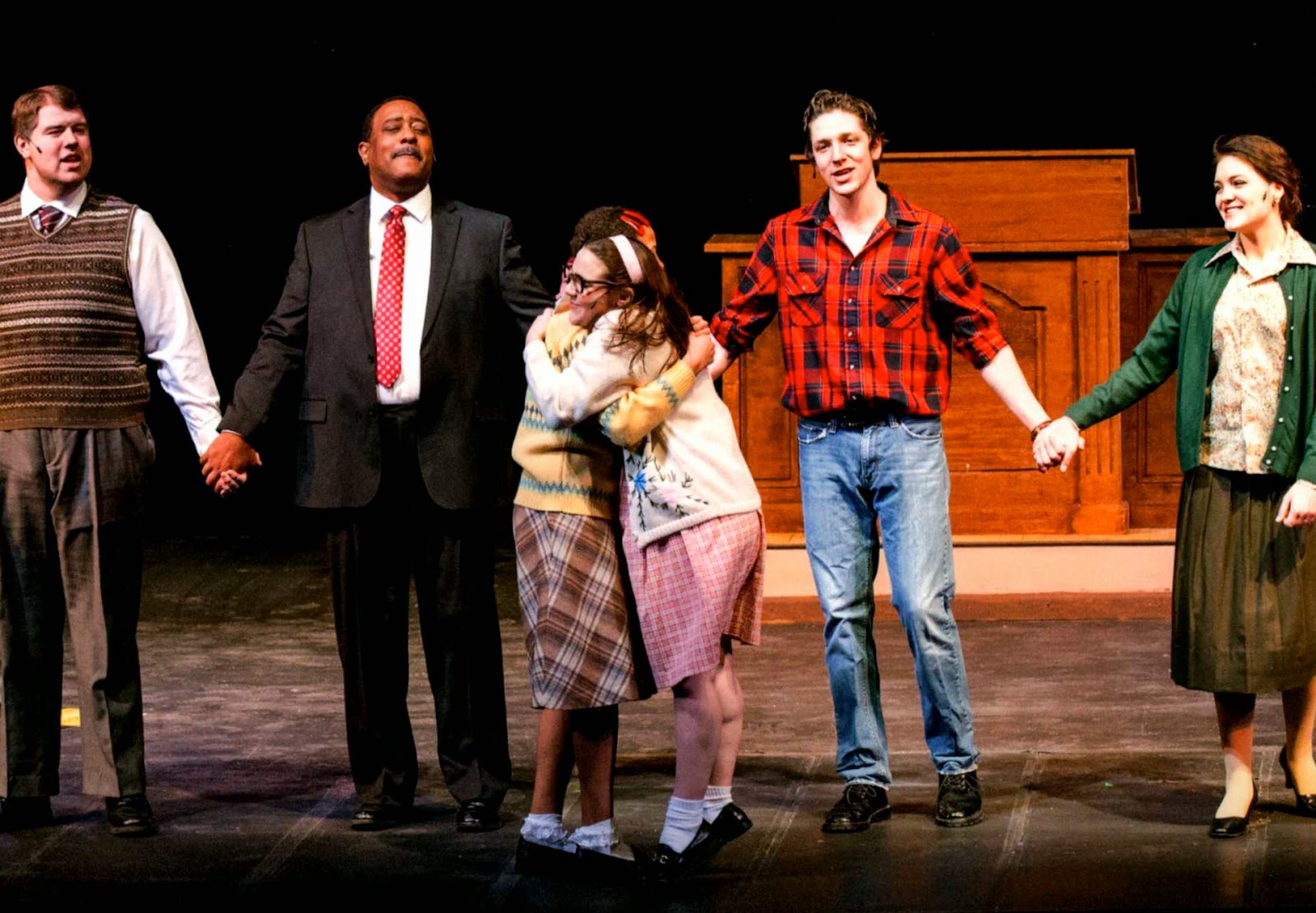