The World of Extreme Happiness

Last night I went to see Frances Ya-Chu Cowhig's play The World of Extreme Happiness at Manhattan Theatre Club. I mainly went to see Jo Mei, a tremendous actress who appeared in my own play Foggy Bottom back in 2006. Jo was wonderful, as usual, but I was also impressed by the production as a whole.

When I walked in with my friend Susanna, we took one look at the bleak set designed by Mimi Lien and thought, "They're going to perform on THAT?" Yet the grey concrete walls of the onstage factory open up to reveal colorful visions of possibility, an apt metaphor for a play about the promises and realities of contemporary China.

Cowhig, who was born in the U.S. but was raised partially in Beijing, begins the play with a nightmarish depiction of all of the worst images Westerners have of China, as a baby girl is born and then promptly dropped into a slop bucket to die. Determined to survive, however, the child lives, and travels to the city in search of a new life.

After that opening scene, the play takes a delightfully comic turn. The protagonist, whose name is Sunny (played by Jennifer Lim), argues with her crotchety old boss (Francis Jue), meets a wacky new best friend (Jo Mei), and talks on her cell phone with her father (James Saito) and little brother (Telly Leung), who is obsessed with the story of the Monkey King.

The story of the Monkey King, which comes from the classic Tang Dynasty epic Journey to the West, is one of the most beloved stories in Chinese literature. In this play, however, the Monkey King becomes a metaphor for Chinese political dissidents. Able to transform himself into a succession of new identities in order to escape danger, the Monkey King escapes scrape after scrape, and Sunny, too, through her ability to remake herself into whatever others need her to be, moves ever higher in Chinese society.

As Ibsen's Peer Gynt tells us, however, one can only transform oneself so much. Eventually, we have to question if there is any core at all beneath the layer upon layer of onion skin. Sunny ultimately does take her stand, adding her voice to the chorus of other Chinese dissidents who demand to be heard, and she pays an awful price.

The ending is all the more chilling given how funny the play is. It gives us glimpses into the self-help culture (exemplified by the guru Mr. Destiny) prevalent in China as well as the U.S., and before we can dismiss this as idle dreaming, the play presents us with images of the newly rich Artemis Chang (played by Sue Jin Song) who shows us everything that Sunny could one day become.

But is Chang free? Or is she simply free to make money and buy trinkets, as she contends? The World of Extreme Happiness asks this and other important questions, but best of all it does so in a very entertaining fashion.

The play officially opens this month, so check it out here: 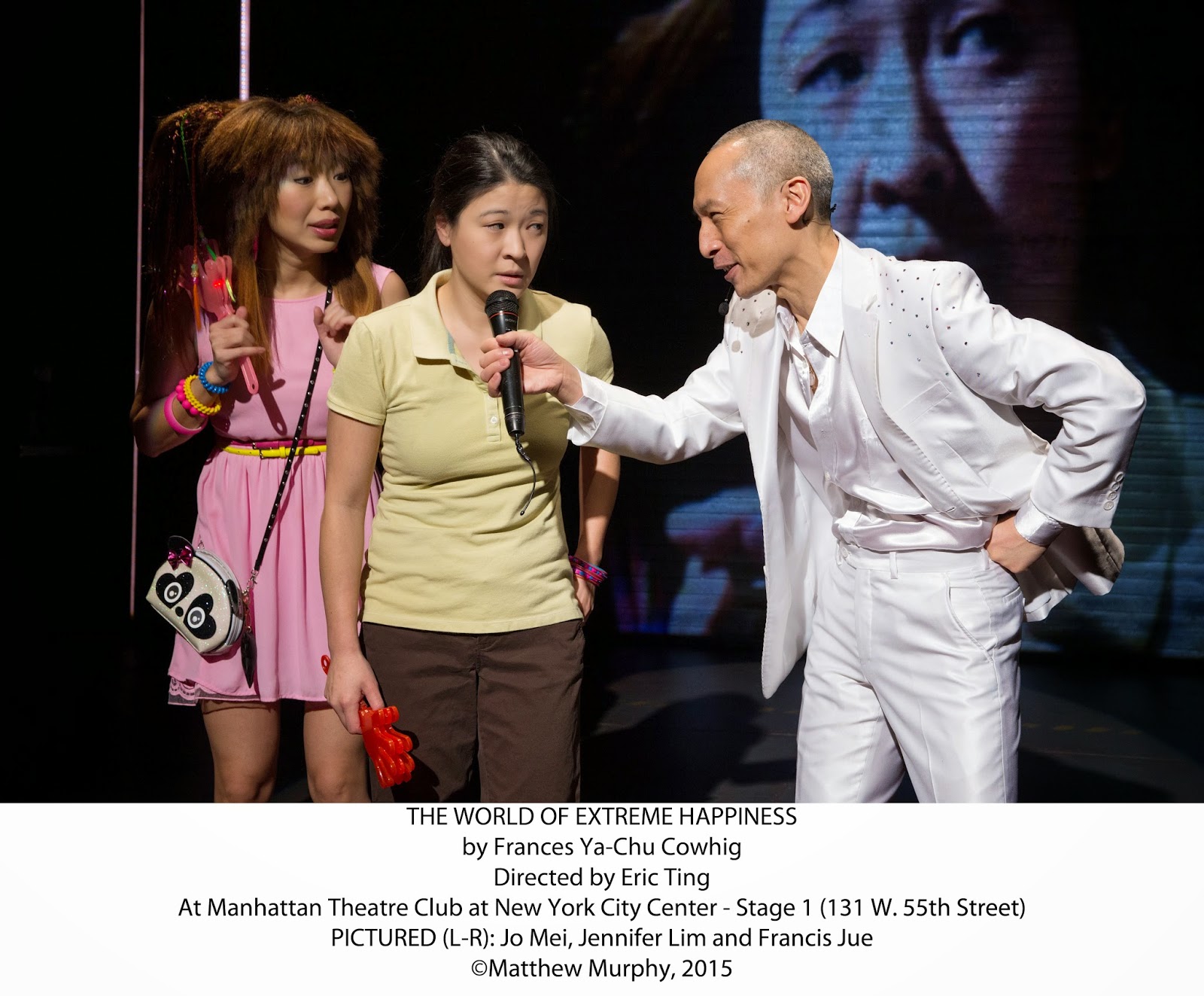 Posted by James Armstrong, Playwright at 5:36 AM