This year marks the centennial of the premiere of the classic play Pygmalion by George Bernard Shaw. Recently, I joined the International Shaw Society, and as a member, I’ve been receiving e-mails with all sorts of information on Shaw. One e-mail the society sent out earlier this month included the original London Telegraph review of the play from 1914. 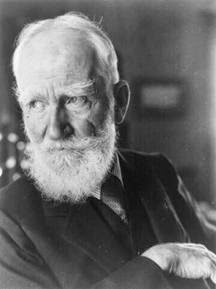 I won't quote the entire review, but I wanted to share some choice tidbits. It starts out like this:

Here is Mr. Shaw in his most benign mood. He could not here find it in his heart to give anything sharper than a genial thrust at his dearest enemies. For once, he lets off with a caution even the middle-classes, even morality. It would have been too great a sacrifice not to bring them into court. The hero is permitted to assure us without a glimpse of irony visible that a sneer spoils the look both of the face and the soul.

I'm not sure Shaw would have taken "genial" as a compliment, but it certainly does describe the play, perhaps in spite of the playwright's own desires. According to the review, Sir Herbert Tree, who played Higgins, made a speech after the curtain fell, claiming "there had been so much laughter that Mr. Shaw had left the theatre in despair." Whether that was literally true or not, Shaw was famous for requesting that his very funny plays be received in respectful silence, an absolute impossibility when it comes to a piece as funny as Pygmalion.

The review also notes the elaborate staging of the play, including "massive pillars" and "most realistic rain" as well as "a taxicab as large as life." It saved most of its praise, however, for the actors, including Tree as Higgins, Edmund Gurney as Alfred Doolittle, and Mrs. Patrick Campbell as Eliza. The review said of the star actress: 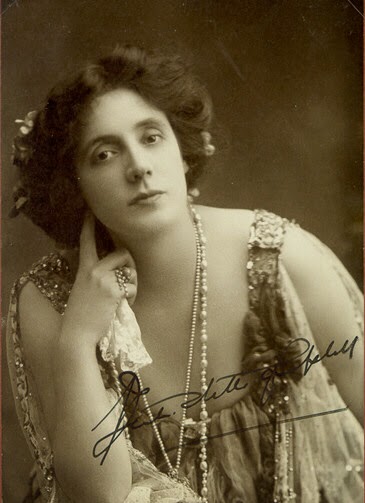 Mrs. Patrick Campbell disguised herself excellently in the flower girl's primitive squalor, and her cockney accent was (to one who cannot distinguish a hundred and thirty vowel sounds) exactly right and supremely funny. The whole attitude of the girl was excellently managed. With very delicate art we had the gradual progress of Eliza suggested, and throughout the scene in which the small talk of the gutter comes with slow, elaborate beauty, Mrs. Campbell's comedy was rich and rare. Afterwards, as a fine lady, she played with any amount of fire.

Playing with fire is precisely what the play does so well. It should be no wonder that a hundred years later the piece is still burning brightly.

By the way, if you're interested in learning more about the Shaw Society, go here: