The festival is held at the Secret Theatre in Queens. Ilanna Saltzman directed the production of Burns Night, and if you missed the show last week, you can see it on Saturday at 8:00. We will also have future performances at 5:00 on Sunday, August 4th, and then at 8:00 on the following Sunday, August 11th.

Unfortunately, I'm not going to be able to see those performances, as I'll be out of town. Later this week, I'll be at the British Association for Romantic Studies' conference at the University of Nottingham. On the closing day of the conference, which is this coming Sunday, I'll be delivering a paper on the French premiere of Percy Shelley's play The Cenci and the impact it had on Symbolism.

The following week, I'll be at the International Conference on Romanticism at the University of Manchester. I'm giving a talk on Edmund Kean's influence on Lord Byron, particularly in relationship to his play Manfred. While I'm in Manchester, I'll also get a chance to see There Is a Light That Never Goes Out, a play about the Luddite rebellion, which is playing at the Royal Exchange Theatre there.

Initially, I had thought I would get back in time to see the final scheduled performance of Burns Night on August 11th, but as soon as I get back to the U.S., I'll be heading out to Chicago, where my one-act play The Love Songs of Brooklynites will be playing at The Theatre of Western Springs. That play runs August 8th through 11th, and I'll be there for the talkbacks after each performance.

If Burns Night is invited back for the semifinals of the LIC One Act Play Festival, I'll be there on August 21st, and the finals for the festival are on August 24th. If I don't see you there, perhaps I'll see you in Illinois! 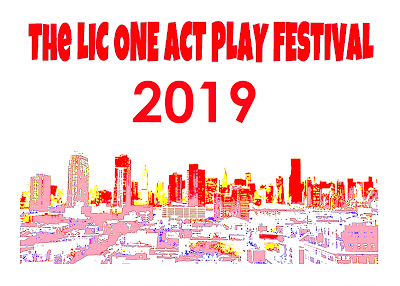 Posted by James Armstrong, Playwright at 10:15 AM