Luigi Antonelli is mainly known in the United States (if he is known at all) for his 1918 play L'uomo che incontra se stesso (A Man Confronts Himself). The play is an example of the "Theatre of the Grotesque" movement at the beginning of the 20th century.

All three plays, according to Antonelli, "have the same scenic beginning" and "start from the same root to raise different but not distant problems relating to the spiritual life of men." While the plays don't literally have the same opening scenes, they do each show a protagonist entering into a new and magical world. In L'uomo che incontra se stesso, the protagonist is shipwrecked on a magical island run by a mysterious doctor. La rosa dei venti begins instead in the throne room of Time himself, personified by the character of Cronos. 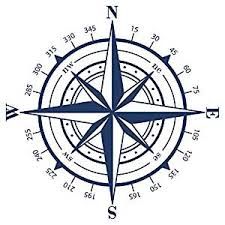 The titular rosa dei venti in the play is "a compass rose, graduated and numbered, in the center of which is a hand." When activated, "the hand turns dizzyingly until it stops on one of the many numbers on the dial." Cronos's mischievous nephew pulls the rope, and when it lands on a certain number, Evaristo appears. Evaristo has recently died from suicide, having leapt headfirst onto a stage from a proscenium box in the theatre. Now that he is dead, he assumes he must be in hell. Instead of receiving a conventional torture, however, he is given the chance to remake his life and save his previously soiled reputation.

Cronos explains to Evaristo that no one ever really dies. "This is an ancient belief of men," he says. "When someone dies, what happened to you is what almost always happens...." Evaristo urges Cronos to reveal this fact to humanity, but the immortal assures him that no one would believe the truth even if they were told. (This foreshadows some of the events to come.) Evaristo first revisits the time when he first met his wife, and then in the second act is able to undo the disastrous events that led to his being disgraced and wrongfully convicted of a crime he didn't commit. Evaristo makes fun of public opinion, which can so easily be swayed and even completely changed.

The third act, however, shows the futility of trying to change the mind of the public. In freeing himself of the suspicion that he tried to kill his mother-in-law, he ends up driving his mother-in-law into trying to kill herself by jumping out a window. Even in the despair of his previous life, Evaristo always had as a companion his own innocence. Now, he feels like he has actually committed the crime for which he was once wrongfully convicted. Cronos, however, tells him that truth is irrelevant, since the judgment of time is merely what people come to believe the truth to be.

In a final act of desperation, Evaristo tries to prove his own guilt. When this fails, he begins jumping about, and eventually falls to the stage, just as he once crashed to the stage in his suicide. Antonelli seems to be telling us that our own efforts to save ourselves can sometimes unwittingly lead to our damnation. A compass rose, or rosa dei venti, is supposed to give people a sense of direction, but the play ultimately uproots our sense of orientation, and leaves the audience unsure of which way to go.