Two years ago, I decided to post an image on Christmas Eve of an engraving I'd purchased that I wanted to make available for anyone to use.

Last year, I purchased a 19th-century copy of the Hogarth engraving "Strolling Actresses Dressing in a Barn" and made that available as well. I didn't post anything around Christmastime in 2017, but I thought it would be nice to post another image this year, and Christmas Day seems as good a time as ever.

So below is a an engraving of the 17th-century playwright and theatre manager Thomas Killigrew. He ran the King's Company after the Restoration, and his play Thomaso, or the Wanderer was a model for Aphra Behn's play The Rover. He also staged many of Behn's plays, as well as plays by William Wycherley and John Dryden.

This print is based on an engraving of a portrait of Killigrew by William Sheppard. As with the previous images, anyone who wishes may use it in a journal, book, newspaper, or magazine without charge. You can credit it to the personal collection of James Armstrong. If you'd like a higher quality image, contact me. 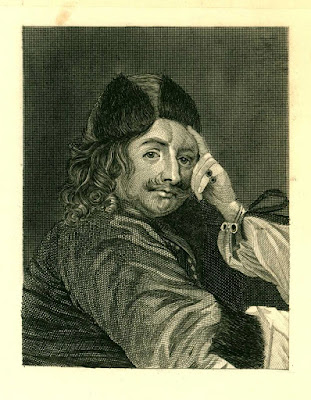