So I was going to blog today about the lovely production of The Climbers I saw last night at Metropolitan Playhouse, but unfortunately I have something much more sad I need to say. Yesterday, songwriter Michael Friedman died, and contemporary musical theater is much poorer because of it.

According to Friedman's obituary on Playbill, he was only 41. His death followed complications with HIV/AIDS, which should remind us that the epidemic is NOT over, and people are STILL dying of this disease. As the obituary notes, he was one of the founding members of The Civilians, one of my favorite companies in New York, and was most famous for writing the music to Bloody Bloody Andrew Jackson.

The obituary doesn't mention one of my favorite Friedman shows, Love's Labour's Lost, which The Public Theater did at the Delacorte in 2013. Based on the Shakespeare play of the same name, the musical included both original songs and rock-music settings of poems by the Bard. Friedman's music captured the exuberance of youth, and also the melancholy undertone of the play. I recently saw a student production of the piece at Marymount Manhattan College, and by the time they got to "The Tuba Song" at the end, I was in tears.

Friedman also wrote the music and lyrics for This Beautiful City, which explores culture clashes in Colorado Springs. The Civilians, which is an investigative theater company, went out to Colorado because they wanted to do a show on Evangelical Christians, and Colorado Springs has been transformed in recent years from the most "unchurched" city in America to a center of the Evangelical movement. While they were there, news broke that Ted Haggard, leader of a Colorado Springs megachurch, had been involved in a scandal that included male prostitutes and crystal meth. Reaction to the scandal fills the second half of the play.

Though Bloody Bloody Andrew Jackson was the only Friedman show to make it to Broadway, he did an amazing amount of work in his short life. He wrote the songs for The Great Immensity, a show by The Civilians investigating climate change, and provided music for The Public Theater's production of The Tempest in Central Park in 2015. He also wrote and adapted songs for Paris Commune, another investigatory piece by The Civilians, this time examining a crucial but often overlooked moment in French history.

Michael Friedman will definitely be missed. I hope, however, that more theaters will produce the plays that he has left us, particularly Paris Commune and This Beautiful City. They have a lot to say that could speak to America in our present moment. 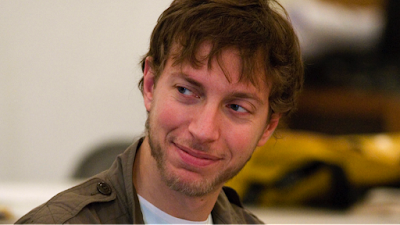 Posted by James Armstrong, Playwright at 9:09 AM