I recently saw Ernest Shackleton Love Me. A two-person musical is hard to pull off, but this one worked beautifully.

Perhaps that's because lyricist Val Vigoda wrote such a great part for herself. The audience gets to watch her not just act and sing, but also play the drums, keyboard, banjo, and of course her signature electric violin.

Brendan Milburn provided the music, and Joe DiPietro wrote the book for this fanciful show, which pairs a middle-aged single mother who composes music for video games with Ernest Shackleton, the wildly optimistic English explorer who led men against impossible odds during an Antarctic expedition in the early 20th century.

So what if they lived 100 years apart? Having a meaningful relationship with a dead man can't be any more difficult than trying to make it as an artist in New York City, right?

Wade McCollum plays Shackleton, as well as assorted other characters. He and Vigoda have great chemistry together. (Which is a good thing, as otherwise it would be a long 90 minutes together with no one but them!) The polar theme will also be very welcome to audiences as the summer heat kicks into gear. 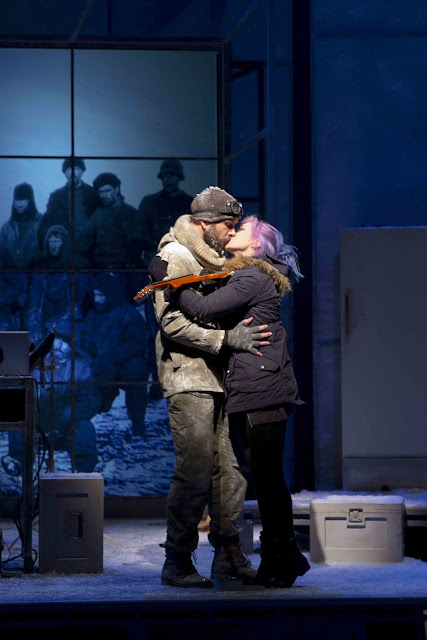