Yesterday, I arrived in the United Kingdom for a conference on Regency theatre. After landing in London, I knew there was one address I wanted to see: 9 Grafton Terrace.

Why? That is the address where Karl Marx lived in 1858. My play Capital, which premieres next spring at the Detroit Repertory Theatre, depicts Karl Marx in that year, and two of the scenes take place at that very address.

But what I found especially interesting was that right down the street was a complex of almshouses! According to another site, the almshouses weren't yet built in 1858, but how interesting that the Marx family literally lived down the road from the poorhouse! 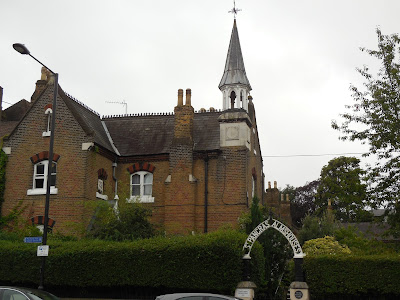 Posted by James Armstrong, Playwright at 11:08 AM