The Trade in Miami

My ten-minute play The Trade will be presented this upcoming Monday, August 10th in Ft. Lauderdale, Florida. 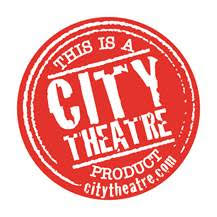 Miami's City Theatre will be giving staged readings of several short plays, including The Trade, at 7:00 on Monday at Ft. Lauderdale's Empire Stage, 1140 N. Flagler Drive. Alas, I will not be able to get down there for the piece, but if you're in the area, please go!

The Trade premiered this past June at Gallery Players in Brooklyn as a part of the theatre's Black Box New Play Festival. The piece starred Ashley Harris and Ben Sargent. Dennis Gleason directed.

The play was also a finalist for the City Theatre National Award for Short Playwriting.
Posted by James Armstrong, Playwright at 4:33 AM