The radio program Arts Week on WOMR earlier did an interview with Gordon Stanley and Lee Seymour who play Captain Ahab and Ishmael respectively. Of course the Boston Globe, not surprisingly, gave the show a less than stellar review, but they hate anything and anyone local. The Cape Cod Times gave a somewhat more balanced reaction.

What does the play look like? Well director Christopher Ostrom, who also designed the set, created some wonderful stage moments, utilizing Bailey Costa's lighting design and Nancy Leary's costumes, which appropriate modern clothing to invoke a mythic past.

Photographers Michael and Suz Karchmer took some wonderful photos during our dress rehearsal. Here is Lee as Ishmael confronting the Landlord (played by Joseph Pietropaolo) at the beginning of the play: 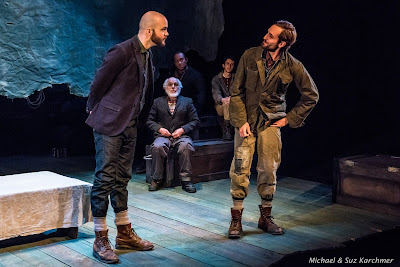 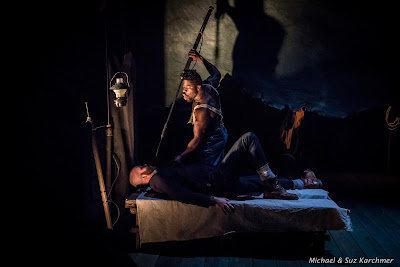 The two sign up with one of the owners of the Pequod, Captain Peleg (played here by James Marin), to join the crew of the ship. 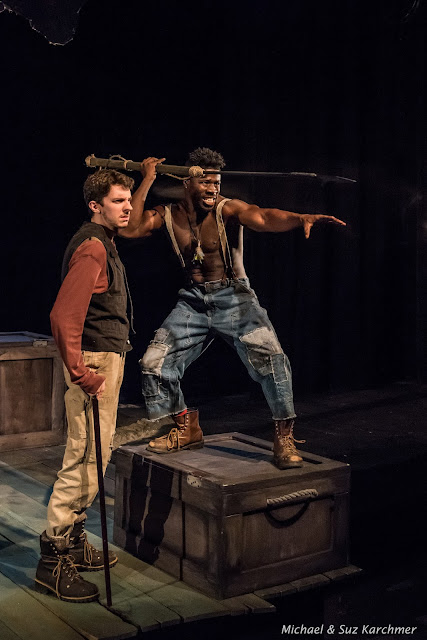 Aboard the Pequod, the entire crew vows to hunt Moby-Dick, even the reluctant first mate Starbuck (played by Freddy Biddle) whose honest eye falls downright. 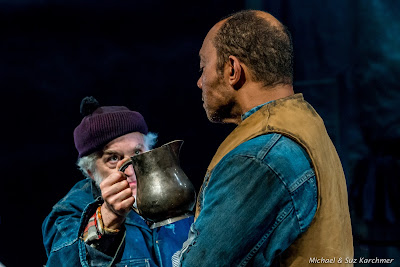 After many adventures, Captain Ahab sights the white whale! 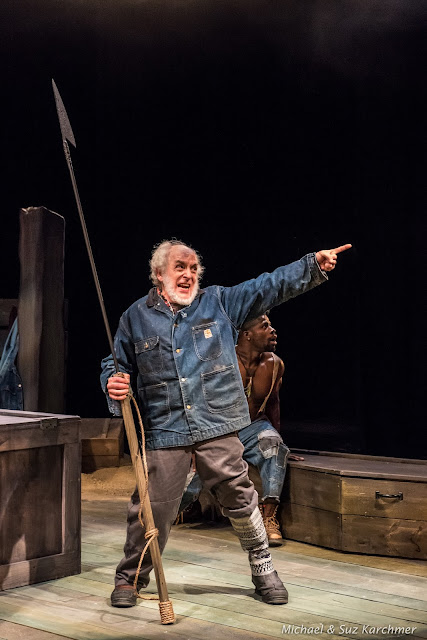 The crew is off in hot pursuit. 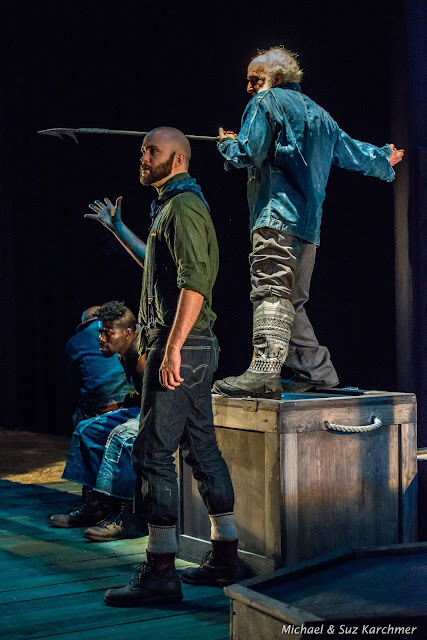 Alas, the ill-fated Pequod has but one survivor. 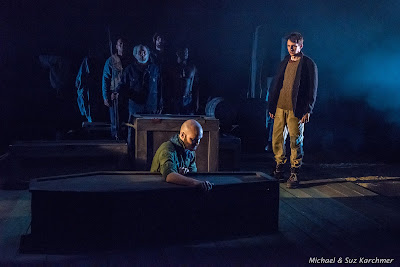 Excited to see it? All performances are at 8 pm, except for a special 6 pm Independence Day showing on July 4th, so make sure you get your tickets!

Posted by James Armstrong, Playwright at 7:05 AM