The Best of the Grand Guignol

The Theatre du Grand-Guignol opened in Paris in 1897, serving up concoctions of naughty sex farces and horrifying blood baths to audiences looking for a thrill. This venerable (or not) institution shut down in 1962, but The Flea Theater has revived a number of its plays for its Cutthroat Series.

Last year, audiences were treated (or subjected) to evenings of short Guignol plays, all revolving around a particular theme, such as lust or gore. Audiences voted for their favorites, and now the best of those plays have returned for a victory lap at the Flea. 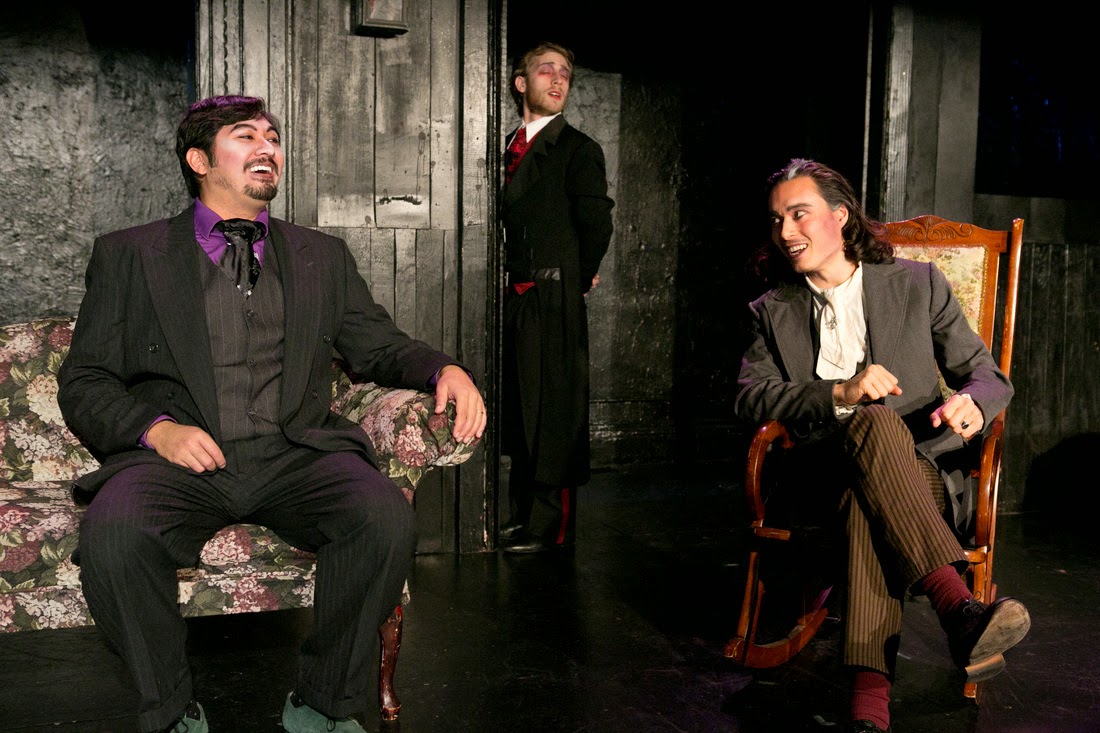 I went last night, and had a fiendishly good time. The first play was Tics, or Doing the Deed by Rene Berton. When I saw this splendid production (directed by Stebos) last year, one of the main actors had recently injured himself, so his bizarre physical tic was a comically shaking leg. Now, back at full strength, he is able to do what he originally planned. The result is downright acrobatic.

The second play was Agnosiophobia by the contemporary playwright Jason Gray Platt, though it was billed as an adaptation of a play by Giuseppe Giacosa. The piece takes its name from the fear of not knowing something, and it portrays a husband who torments himself over the exact nature of the relationship between his wife and a friend who recently committed suicide. The play is mainly psychological horror, until the very last moment.

Next up was Private Room #6 by Andre de Lorde, the principle author for the Grand-Guignol for more than 25 years at the beginning of the 20th century. Though de Lorde often collaborated with other authors, the Flea gave him sole billing for this one. (Pierre Chaine is sometimes listed as co-author.) This production was of the adaptation Jose Levy did for the London version of the Grand-Guignol, which flourished briefly in the 1920s. Rest assured, both revenge and Russians are on the menu.

The final play was The System, an adaptation de Lorde did of Edgar Allan Poe's short story "The System of Dr. Tarr and Professor Fether." Poe has always been a great favorite with the French, and de Lorde also adapted for the stage "The Tell-Tale Heart," "The Masque of the Red Death," and "The Fall of the House of Usher." This darkly comic play is surprisingly close to Poe's original, though the gore at the end is a bit different from what Poe describes.

These plays are still showing until January 25, so get your tickets here: