Poe Comes to Life (and Death) in Nevermore

As much as I enjoyed Red-Eye to Havre de Grace at New York Theatre Workshop last year, the best play I've ever seen about the undisputed master of the macabre was Nevermore: The Imaginary Life and Mysterious Death of Edgar Allan Poe. Canada's Catalyst Theatre brought the show to the New Victory a few years back, and I co-wrote a review of it that appeared in a rather distinguished journal (The Edgar Allan Poe Review).

Imagine my delight when I discovered the production would be back in New York for an off-broadway run at New World Stages. Of course, I had to see it, and what better time than last night, which happened to be Mr. Poe's 206th birthday?

Apparently, the show has had a few tweaks, but it was still every bit as good as I remembered it. Scott Shpeley plays Poe with aplomb, reacting emotionally in a manner that keeps him the center of our attention, even when his character goes through long stretches without any lines. When he does speak, his voice is perfect, and when he sings, it's celestial. 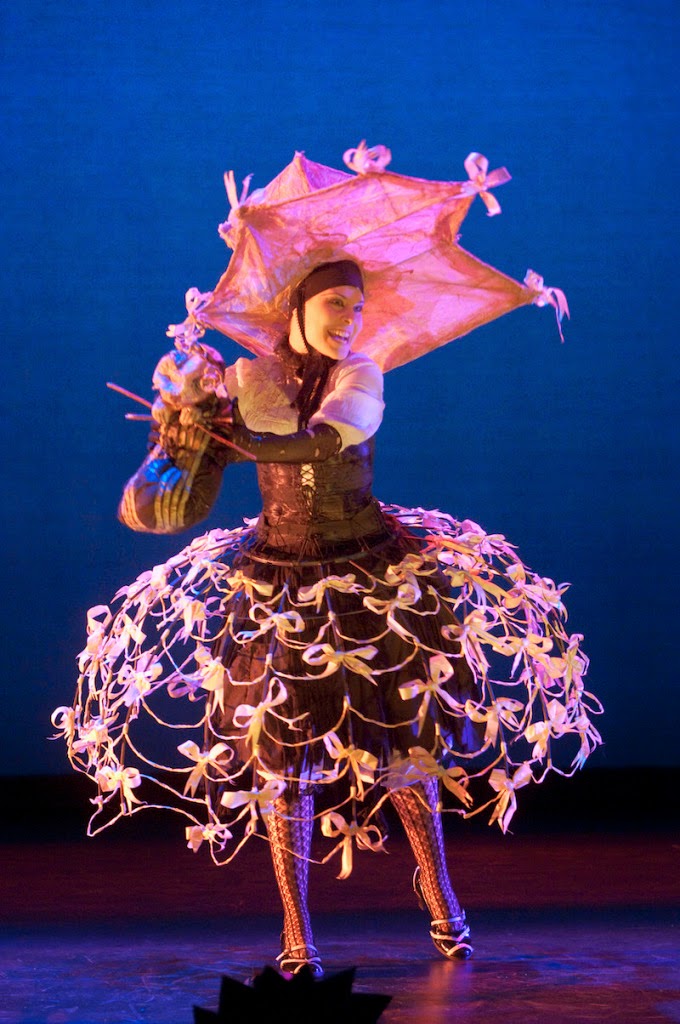 Lindsie VanWinkle plays Poe's mother Eliza. (She's the one wearing the enormous hat you might have seen on posters for the show.) Eliza really was an actress, as Nevermore portrays her, and as stated in the show, excelled in the role of "Little Pickle" in the play The Spoiled Child. VanWinkle plays Eliza with sympathy, but also as a woman more caught up in the theatre than in raising her family.

The play's portrayal of nineteenth-century theatre is delightful, capturing the spirit of the times, especially in showing Fanny and Jock Allan (played by Beth Graham and Garett Ross) as die-hard theatre fans. (Though perhaps I shouldn't mention "die" in discussing a play about Poe!) The theatre had a tremendous effect on Poe, and he even tried his own hand at drama, penning the beginning of a tragedy, Politan.

Poe's family life is frequently discussed, but people often pass over his talented older brother Henry, played in this production by Gaelan Beatty. Scholars sometimes speculate that some of the earlier poems attributed to Poe might actually have been collaborations with his brother, or even written by Henry entirely. The play acknowledges this, portraying both men as fascinated by storytelling and having literary ambitions.

Of course, Nevermore is hardly going for historical realism. Much of the dialogue is sung, and even when it is not, it tends to be in verse. Writer, lyricist, and composer (and director) Jonathan Christenson makes the rhymes flow effortlessly. As a composer, he also deserves kudos, supplying especially wonderful music for settings of Poe's poems, including "Eldorado," "Israfel," and (of course) "The Raven." 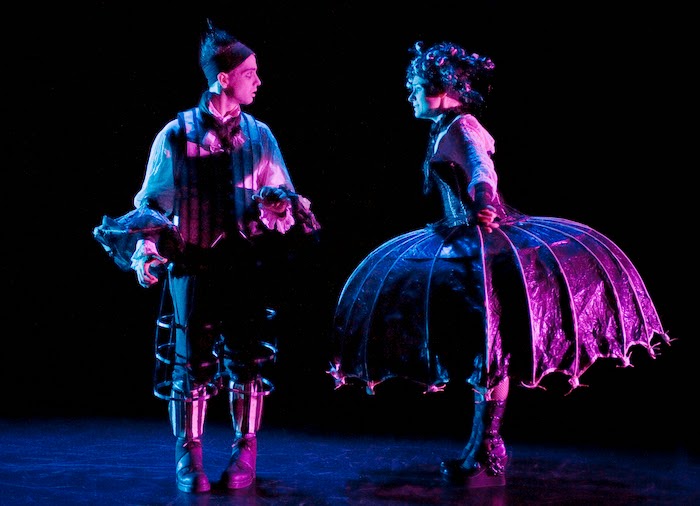 The design elements of the play are particularly striking. Production designer Bretta Gerecke provides costumes, sets, and lighting that all work together to produce a goth's fondest nightmare. The elaborate costumes are completely in black and white, yet become lit up in magnificent color. They are also feats of engineering. The coat worn by Ryan Parker as the villainous Rufus Griswold looks almost like a piece of architecture.

My favorite part of the play, both times I saw it, was the love story between the teenage Poe and his neighbor Elmira Royster. Shannon Blanchet is delightfully morbid as Elmira, meeting Edgar in a graveyard where the two fall in love by telling each other macabre tales. When her character returns later on in the play, we feel the excitement that Poe might finally get his happy ending, even as we realize his doom is nigh.

Last time it was in New York, Nevermore had a run that was all too brief. Make sure you get to it now! More information can be found here:

Posted by James Armstrong, Playwright at 6:56 AM