On May 9, 1816, Charles Robert Maturin's play Bertram premiered at Drury Lane. Maturin had written some minor novels, but he had not yet penned Melmoth the Wanderer, the 1820 novel that would secure his reputation. Both Sir Walter Scott and Lord Byron supposedly helped to get the play staged at Drury Lane, where no one less than the great Edmund Kean played the title role. 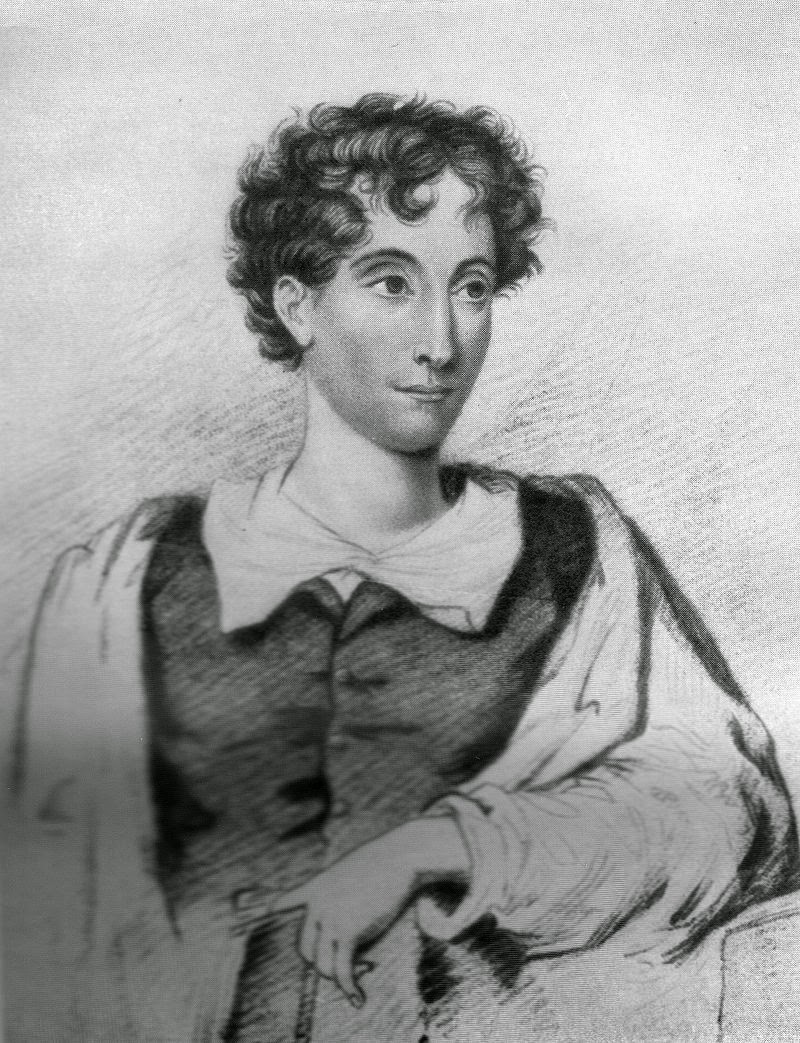 Though Maturin was an ordained Protestant minister, I find Bertram fascinating for its moral ambiguity. The title character appears--at least at first--not so much immoral as amoral. At the beginning of the play, he survives a fierce storm. A monk reports that: "No hand did aid him, and he aided none." Bertram is entirely alone, completely self-sufficient, but also unwilling or unable to reach out to others. He preserves his own life not because he wishes to live, but because he does not wish to have the crime of suicide upon his soul. He sees poison in the touch of any other man.

At the end of the first act, the audience hears Imogine, Bertram's lost love, recount how he came to be this way. Though Bertram was once noble and enjoying his sovereign's favor, his enemies had him sent into exile, where he came to deal with "desperate men." Imogine was of low birth. Maturin does not write that she and Bertram married, but he does imply that the child she bore might well be his. Her lover gone, and herself thrust into poverty, Imogine had little choice but to marry Bertram's mortal enemy, Aldobrand.

As the second act begins, Bertram learns that he has washed up near the castle of Aldobrand. Fired by revenge, he gleefully reflects on the fact that his enemy's wife, and possibly his enemy's child, could be alone and defenseless. Of course, Bertram does not know the true identities of this wife and child, but he will soon discover them.

When Bertram and Imogine are alone together, Bertram recognizes her, but heartbreakingly, she does not recognize him until he calls out her name. Imogine must reveal that she married Aldobrand in order to save her father's life. As Imogine explains it, her wedding was not a sacred ritual, but a kind of anti-marriage:

For broken-hearted, in despairing hour
With every omen dark and dire I wedded --
Some ministering demon mocked the robed priest,
With some dark spell, not holy vow they bound me,
Full were the rites of horror and despair.
They wanted but -- the seal of Bertram's curse.

Bertram responds feelingly, claiming he will not curse her, then launching into what is pretty much one long curse. The two are somewhat reconciled at the end of the scene when Imogine's child comes on, bringing the old lovers together. For me, this moment is reminiscent of the end of Benjamin Thompson's famous 1798 Kotzebue adaptation The Stranger. In spite of everything, a child's embrace seems to soothe all ills.

Maturin's play doesn't end there, however, nor does Bertram's vengeance. The third act begins with Aldobrand approaching his castle, where he hopes to find "My dame and child." What Bertrand claims outside of wedlock, Aldobrand claims according to the rules of the world. Meanwhile, Bertrand cries out in rebellion against all the ways of this world. Railing against the monks who took him in after his rescue, he cries:

Yea -- thus they live, if this may life be called
Where moving shadows mock the parts of men.
Prayer follows study, study yields to prayer --
Bell echoes bell, till wearied with the summons
The ear doth ache for that last welcome peal
That tolls an end to listless vacancy --

Bertram resolves to go to the forest where he will lead team of bandits, but first, he has an encounter with Imogine. She agrees to meet with Bertram one final time, but her child comes in and embraces her. This time, the effect is the reverse of the embrace at the end of the last act. The child claims that his "father" is returned and has kissed and blessed him. He means not Bertram, but Aldobrand, and the mention of her lawful husband makes Imogine waiver. Bertram leaves her in contempt.

For a moment in the next act, Bertram considers forgiving Aldobrand, recognizing that they both have wronged one another. Then news arrives that Aldobrand has a royal commission to kill Bertram. All pity melts away. When asked if he will flee, Bertram responds:

Aldobrand has a different version of Bertram's history. He claims that Bertram in his ambition had struggled against the king himself, and his removal was but a public service. He also claims to have wooed Imogine "with a weeping tenderness." Whom are we to believe? Bertram, who leads a band of ruffians? Or Aldobrand, who goes to feast with the holy Knights of St. Anselm?

Though the opening acts paint Bertram in a somewhat sympathetic light, Maturin portrays his protagonist more and more like a villain as the play continues. When Aldobrand returns to his castle, Bertram slays him mercilessly, as the old rival cries out pitifully for the child he has raised. (Given Maturin's ambiguity about the child's paternity, Aldobrand might very well be the boy's biological father as well.)

The final act presents Bertram with a certain "majesty of guilt." A holy Prior claims that the murderer is able to "blend our wonder with our curses." Instead of running from his guilt, Bertram embraces it, saying to the knights who surround him:

One prayer, my executioners, not conquerors --
Be most ingenious in your cruelty --
Let rack and pincer do their full work on me --
'Twill rouse me from that dread unnatural sleep,
In which my soul hath dreamt its dreams of agony --
This is my prayer, ye'll not refuse me --

Ultimately, Bertram dies by his own hand, perishing boldly and tragically, to the wonderment of all those around him. 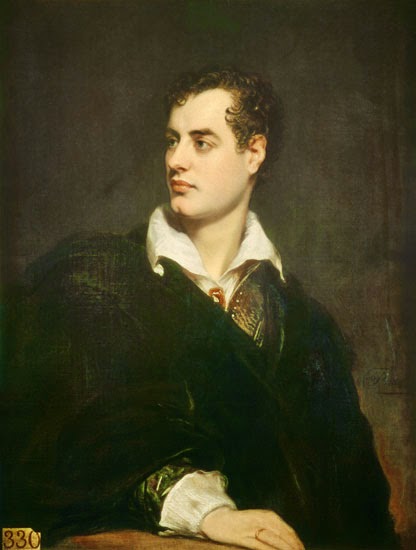 Though this Romantic tragedy might seem like an obscure historical curiosity, I suspect that it influenced quite a number of other works, including the dramas of Lord Byron. Byron missed the premiere of Bertram, as he had left Britain the month before it, in part to get away from scandal. (When did Byron not have scandal? This one centered on his separation from his wife Annabella and his probable incest with his half-sister Augusta.) It was while living abroad that Byron produced his drama Manfred, which was published in 1817.

Like Bertram, Manfred's sufferings come from a woman, in his case the beautiful Astarte, whom he loved, but who died without forgiving him. Similarly, the hero of Bertram is in agony when Imogine dies without granting him forgiveness. Manfred even sounds a bit like Bertram, crying out as his death approaches:

I have not been thy dupe nor am thy prey,
But was my own destroyer, and will be
My own hereafter. -- Back, ye baffled fiends!
The hand of death is on me -- but not yours!

Manfred dies his "own destroyer" and like Bertram leaves those around him mystified. These details could be seen as common tragic tropes, but given Byron's championing of Maturin's play, it's also possible that Bertram had a certain effect upon Byron as a dramatist.