Macbeth at the Armory

Last night I arrived at the Park Avenue Armory to see Macbeth, co-directed by and starring Kenneth Branagh. You have to understand that when I was in high school, I watched Branagh's Henry V even more than I watched Star Wars, and that's saying a lot. For me, seeing Branagh live on stage, playing one of the greatest Shakespearean roles there is, wielding a broadsword to a score composed by Patrick Doyle, just like he did in Henry V, was the chance of a lifetime. And no, I was not disappointed.

When I arrived at the Armory, things were a bit chaotic. This was only the third performance of the show, and some of the ushers were giving me conflicting information, so it seems not all of the kinks had been worked out yet concerning how to get the audience inside. How difficult could that be? Well, this is not your ordinary theatrical experience. 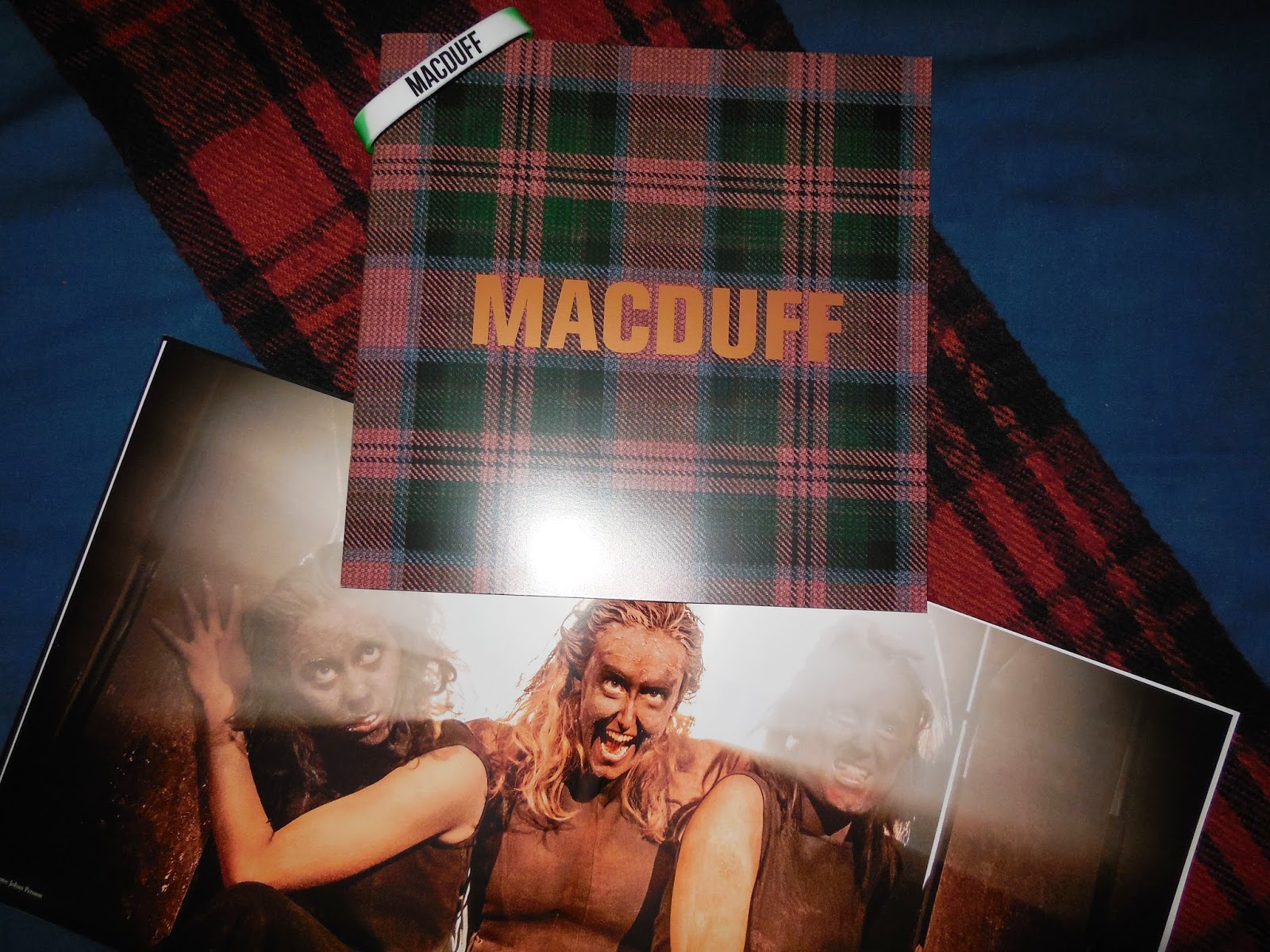 Upon getting my ticket at the will-call booth, I was given a green-and-white wristband with my clan name on it. I was in clan Macduff, which is clearly the best clan ever. After all, nothing bad could ever happen to someone in Macduff's family, right?

As I left the box office area, a young woman dressed in vaguely medieval clothing greeted me as a member of her clan. She instructed me to have a look around the armory, but to make sure I eventually gathered with others upstairs in our clan room so we could prepare for battle. Macduff would be the first clan to process onto the field, she said.

If you go to Macbeth at the Armory, I recommend that you use the restrooms in the basement, rather than the one unisex bathroom on the second floor. (There's also a lady's room on the second floor, so this is less important for women, but guys on the second floor were waiting forever to pee. "Welcome to our world," sigh all of my female blog readers in unison.) I spent a good deal of time in line rather than getting to see the different rooms in the armory. Fortunately, I had seen them before, but if you've never been to the Armory, go early. The building is delightful to explore.

I got to the Macduff clan room just as people were starting to process. I grabbed a program, complete with my clan name and tartan, and proceeded down to the drill hall where the performance is. A hooded figure rang a bell and opened a gigantic wooden door into... a heath! Yes, they had built a Scottish heath INSIDE the armory! Figures with torches (not flashlights, real torches) led us down a long stone path, with mud and clumps of vegetation on either side of us. Before us was a structure made of monoliths resembling Stonehenge.

We filed up a long flight of stairs behind the scaffolding that supports the bleachers. Be forewarned, you don't have comfortable Broadway-style seats for this show. You will be sitting on hard wood for the next two hours. The audience is on both sides of the action, with the Stonehenge-type ruins on the one end, and a church-like structure on the other. In the church area, a lone woman stands before a mass of candles. Looking in the other direction, you can see the other clans processing into the performance area. 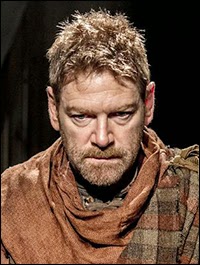 When the play begins, rain comes down onto the two armies battling on the dirt below, creating a wonderful mixture of mud for the rest of the performance. The witches are delightfully creepy, and the fight scenes are choreographed with the deliberate intensity of a dance. That shouldn't be surprising, as co-director Rob Ashford is best known for directing Broadway musicals like Thoroughly Modern Millie, Curtains, and Evita. The lighting in the Armory is so controlled that a shift in the lights can reveal a set piece you didn't even realize was there. Plus, the heath is inevitably used again on a couple of occasions, with our hooded friends (listed in the program as "Ensemble") filling out the cast so that it really can look like an army is marching into battle.

Branagh is the most original Macbeth I've ever seen, at one point spouting out line fragments as if he is truly mad, and at another running lines together to make even the familiar "Tomorrow and tomorrow and tomorrow" speech ring with new resonances. He's also the only Macbeth I've ever seen who managed to outshine Lady Macbeth. (Her part is so well written, not even Patrick Stewart was able to completely eclipse his co-star in the play on Broadway.) This isn't to say I didn't thoroughly enjoy Alex Kingston as Lady Macbeth. Best known as River Song in the Doctor Who television series, Kingston is coldly manipulative as Lady Macbeth, even when passionately kissing her husband.

The rest of the cast is relatively unknown, but standout performances were given by Jimmy Yuill as Banquo and Scarlett Strallen as Lady Macduff. Yuill appeared in the Royal Shakespeare Company's famous production of Nicholas Nickleby and then later as Captain Jamy in Branagh's Henry V. He also played the Friar in Branagh's Much Ado About Nothing, Constable Dull in Love's Labours Lost, and Corin in As You Like It. Strallen I had not heard of before, but she apparently does a lot of musical theatre, and replaced Ashley Brown in the Broadway production of Mary Poppins.

Tickets have got to be hard to get, but there are a limited number of rush tickets available for $19. If it's at all possible for you to see Macbeth, see it! This is a performance you do not want to miss.

Posted by James Armstrong, Playwright at 9:14 AM