Today is the birthday of Charles Dickens, so I wanted to write about the great author's friendship with the greatest actor of his day, William Charles Macready, who for many years ran the Theatre Royal at Covent Garden.

Dickens dedicated his third novel, Nicholas Nickleby, to Macready, and the actor included Dickens in a group of friends known as his "council" who would advise him on play selections and other matters. When Macready decided to cut two scenes from Thomas Noon Talfourd's play The Athenian Captive, he relied on his council to break the news to the author. Dickens and John Forster (who later became Dickens's biographer) spoke with Talfourd and eased him into the news so that Macready wouldn't have to announce the cuts himself.

In 1838, when Covent Garden was mounting its Christmas pantomime Harlequin and Fair Rosamond--allegedly under Macready's direction--the theatre manager attended rehearsals with less enthusiasm than Dickens and other council members. Though Macready feared the pantomime would ruin him, it ended up running a very respectable 41 performances. Dickens and the council were similarly helpful when Macready staged Henry V the next year.

Dickens later gave Macready the play Glencoe, allegedly by a Mr. Collinson. As it turns out, Talfourd was the real author of the piece, and with the council's urging, Macready put the play into rehearsal. The play opened on May 23, 1840 and lasted 22 performances. Dickens wrote of Macready's acting in the piece:

I have seen you play ever since I was that high, but I never saw you make such a gallant stand as you did last night, or carry anything through so triumphantly and manfully by the force of your own gifts.

Though Macready gave up the management of Covent Garden, in 1841 he took over the Theatre Royal at Drury Lane. It was there that he premiered Westland Marston's play The Patrician's Daughter, a blank-verse drama that took place in contemporary Britain. Dickens wrote a prologue for the piece, to be spoken by Macready. Part of it runs:

The play proved profitable for the theatre, though Macready later undercut another promising new work, Robert Browning's A Blot in the 'Scutcheon. It seems that Dickens was a positive influence on Macready, though not as positive as one might hope. 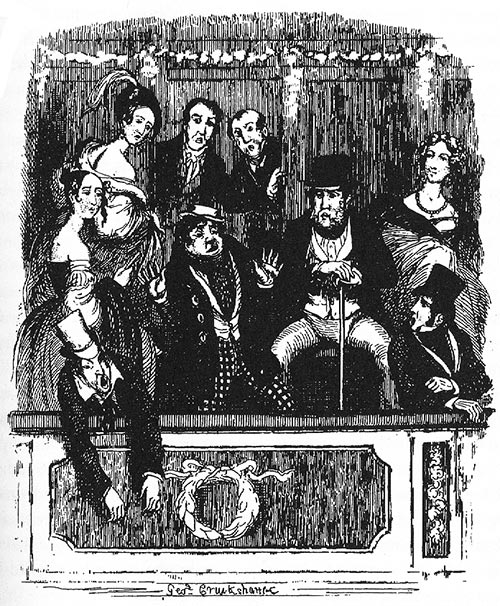