New York City has lost one of the best friends to new play development the theatre had. After a difficult battle with cancer, actor Doug Rossi has passed away in his childhood home in Cleveland, Ohio. 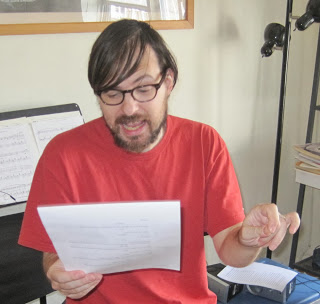 I got to know Doug working on new plays at the Abingdon Theatre Company, but he actually trained as a classical actor, getting his MFA in acting working with the Alabama Shakespeare Festival. Over the years, he played the title role in Hamlet, Caliban in The Tempest, Orlando in As You Like It, Friar Lawrence in Romeo and Juliet, Orsino in Twelfth Night, Antonio in Much Ado About Nothing, and a host of other Shakespearean roles.

As an actor, Doug was always game for anything, which is what made him such an important figure in the development of new work. The number of new plays he worked on, in readings, workshops, and world premiere productions, helping authors to hone characters and originating new roles, is too numerous to name. Just a few of the plays Doug helped bring to light include Aliens with Extraordinary Skills by Saviana Stanescu, Carlett's Just Carlett by Kat Mustatea, Nell Dash by Doug DeVita, A Brandy Before Dying by Jim Farmer, and Evensong by Christina Quintana.

I had the pleasure of working with Doug in numerous incarnations of I Hate You! A Love Story, in which he acted in a two-hander opposite Sandra Maren Schneider. He also played numerous characters in the early readings of my adaptation of Moby-Dick. He played Tom in THE STATE OF COLORADO v. TENNESSEE WILLIAMS, my send up of The Glass Menagerie, which was fitting, since he had also played that role back in Ohio, winning a Best Actor Chanticleer Award for his performance. More recently, he appeared in a reading of Burns Night at Urban Stages, hilariously appearing on stage in a kilt.

For years, Doug came to monthly meetings of playwrights, first at the Abingdon, and then later with the 36th Street Writers Block. He volunteered his time doing cold reads of new work, and always gave valuable feedback. He took part in the very first table read that Joshua H. Cohen and I did of our musical Burned, and he was a familiar face to anyone who regularly attended readings of new plays. He also gave generously of his time to writers trying to produce their work at small festivals, including the Midtown International Theatre Festival, the Samuel French One-Act Festival, and the NYC Fringe. In 2011, he was named Best Featured Actor for his role in Duncan Pflaster's Sweeter Dreams at Planet Connections.

Doug also appeared on screen, most memorably with Maggie Gyllenhaal in The Deuce on HBO. It is for his stage work that I remember him, though, and as the loving husband of fellow actor Dianne Diep. It seems almost unbelievable that he isn't with us anymore. New York theatre has lost one of its most giving, hardest working, most insightful, brightest stars. 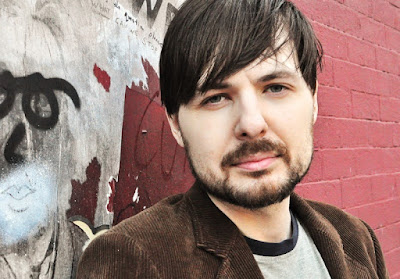