THE RAINBOW Next Month in Michigan

Next month, the students at Henry Ford College in Dearborn, Michigan will be putting on my play The Rainbow as part of their Studio Theater Showcase. 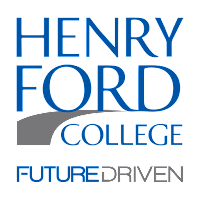 The showcase will be playing from Thursday, May 3rd to Saturday, May 6th. Gerard Dzuiblinski is directing the showcase, which will be in the Studio Theater (F-161) on the college's Dearborn campus on Evergreen Road.

A couple years ago, 21st Ward Theater Company in Philadelphia produced a site-specific production of the play in Gorgas Park. The play was originally performed at the American Globe in New York in 2012 as a part of their short play festival.

Best of luck to all those involved in the HFC production. Wish I could be there to see it!
Posted by James Armstrong, Playwright at 7:18 AM