Traditional commedia dell'arte used stock characters performing improvised actions and dialogue. However, during the eighteenth century, this improvisational form became increasingly codified with written scripts that were based on traditional characters and scenarios. 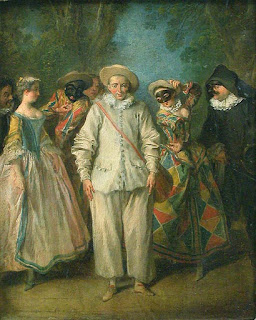 The commedia style influenced the drama of many countries. In France, where the Comédie Italienne was one of two state-sanctioned theatres in Paris, the French author Pierre Carlet de Marivaux wrote a series of plays using commedia characters, but with written scripts rather than bare-bones scenarios. Though Marivaux had begun his career writing works for the more respectable Comédie Française, he is best remembered for the commedia-inspired works he wrote for its smaller rival.

Marivaux's most famous play, The Game of Love and Chance, uses multiple stock characters from commedia, including the servant character Arlecchino who appears as "Arlequin" in the play. However, Marivaux introduces a level of emotional complexity to his characters that was rarely seen in commedia performances of the past. The same is true of his later play The Triumph of Love, first performed in 1732. Though critics attacked the play and it closed after only six performances, Triumph of Love is now considered a classic. Marivaux's later plays became increasingly bitter. His 1744 comedy The Dispute depicts a cruel scientific experiment in which aristocrats have orphaned boys and girls placed in an Eden-like setting to see if men or women are less likely to be faithful in a state of nature. Neither gender comes off particularly well in the play. 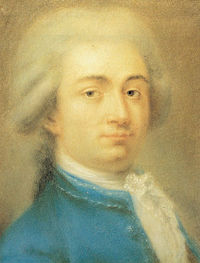 While Marivaux was clashing with critics in Paris, Carlo Goldoni was writing commedia-inspired scripts in Italy. He actually began writing tragedies and operas, but at the request of the actor Antonio Sacchi he wrote the comedy The Servant of Two Masters. Though the play originally had sections that allowed for improvisation, Goldoni revised the play in 1753 to codify the action in a complete script. The play uses stock commedia characters, such as the old miser Pantalone and the quarrelsome innkeeper Brighella, but gives them set dialogue, eliminating much of the need for (and fun of) improvisation. Goldoni's success in Italy drew the attention of people in other countries, and in 1762 he settled in Paris, then considered the center of the theatrical world.

Goldoni took charge of the Comédie Italienne, but while audiences wanted the old tricks of traditional commedia, he wanted to move forward to a new, more realistic form of comedy. In 1763, he wrote the first version of his play The Fan, a comedy in which multiple lovers quarrel over a misunderstanding involving one of the simplest of objects, the titular fan. The self-consciously ridiculous play failed to make an impression in Paris, so Goldoni translated it into Italian and premiered the new version in Venice in 1765, where it was a hit. The play contains an attractive widow named Geltruda, who is a theatrical descendant of the many vivacious young widows played by Isabella Andreini in commedia plays during the Renaissance. Similarly, the play's apothecary, Timoteo, has elements of the learned yet foolish Dottore character from commedia.

The playwright that Goldoni most often quarreled with was Carlo Gozzi, another Italian writer, but one who wished to preserve rather than reform the conventions of commedia. Gozzi's 1761 play The Love of Three Oranges satirized Goldoni and other reformist writers, and Gozzi gave the play (along with other scripts) outright to Sacchi's struggling company of commedia performers to keep them going. Many of Gozzi's plays, including The Stag King, are based on fairy tales. His 1762 play Turandot was later turned into an opera, and in 1765 Gozzi wrote a sequel to The Love of Three Oranges called The Green Bird. Though Gozzi used commedia techniques, he also utilized Asian characters and settings to lend an element of exoticism to his plays. Thus, even in preserving commedia, he aided in its gradual evolution.
Posted by James Armstrong, Playwright at 7:53 PM