A week from Sunday, songwriter Joshua H. Cohen and I will be presenting songs and scenes from our new musical Burned as a part of Golden Fleece's Square One Series at Studios 353.

Josh and I have been working on this piece for a while. Inspired by A.A. Milne's play The Lucky One but reset during the 2008 financial crisis, the musical follows the course of two brothers and their shifting fortunes.

We have a great cast of singers, including Owen Beans, Richard Binder, and Hana Sleven, who will present four songs and a couple of scenes. The performance will be at 8:00 on May 7th, on the second floor of 353 W. 48th Street. Come if you can! 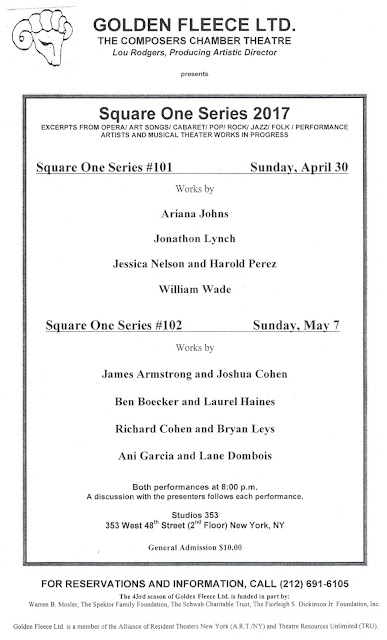