To sing a song that old was sung...

Last night, when the non-indictment came out in Ferguson, and subsequently all hell broke loose, I was at the The Public Theater watching their production of Pericles, Prince of Tyre by William Shakespeare. The world seems like it's falling to pieces these days, but this is a play about hope. It is precisely the type of theater we need in these dark times.

When I was in college, I was in a production of Pericles, playing a multitude of small roles. I still remember my lines, and I'm pretty sure that this present production, directed by Rob Melrose, cut every single one of them. No matter. This stripped-down version uses only eight actors and is condensed to be performed without an intermission. It worked, even without my beloved Escanes, Philemon, and Second Gentleman of Mytilene.

Shakespeare begins the play with the poet John Gower, a contemporary of Chaucer, setting the scene for what was even then an old-fashioned tale. The opening lines are beautiful:

To sing a song that old was sung,
From ashes ancient Gower is come,
Assuming man's infirmities,
To glad your ear and please your eyes.
It hath been sung at festivals,
On Ember Eves and holy ales;
And lords and ladies in their lives
Have read it for restoratives.

The "holy ales" here refers to "holy days" on which ale might be drunk, and both my college version and this production at the Public substituted the term "holy days" as it makes much more sense to the modern ear. The Public's production also had the actors sing these lines, using haunting music composed by Michael Thurber.

Though Gower appears periodically throughout the text to provide narration and commentary, Melrose divided Gower's lines amongst the eight company members, which worked just fine. Most scholars consider Pericles to be a collaboration of Shakespeare's, either an older play he reworked, or something he wrote together with a contemporary playwright. (The critic Charles Nicholl argues that George Wilkins wrote much of the piece.) Consequently, few people mind when a director takes liberties with the text.

One scene nearly everyone agrees Shakespeare wrote, though, is the fishermen scene at the beginning of the second act. There's plenty of social commentary in the lines, and none of this is lost on the Public's production. The first fisherman, when posed with the riddle of how fish live in the sea, responds: "Why, as men do a-land: the great ones eat up the little ones."

Especially sharp was a barb in the fourth act, when the virtuous Marina (played by Flor De Liz Perez) tells a servant in a whorehouse that he should find some other occupation. "What would you have me do?" he responds. "Go to the wars, would you? where a man may serve seven years for the loss of a leg, and have not money enough in the end to buy him a wooden one?"

Fortunately, she does convince him to let her go, and Gower remarks:

Marina thus the brothel 'scapes and chances
Into an honest house, our story says.

I've always detected a faint whiff of irony in that last "our story says" as if Shakespeare were acutely aware of the improbability of the plot. However, in a tale as magical as this one, it is surely cynical to think so, and this is a play that conquers cynicism. It even sends the audience off with a benediction:

New joy wait on you! Here our play has ending. 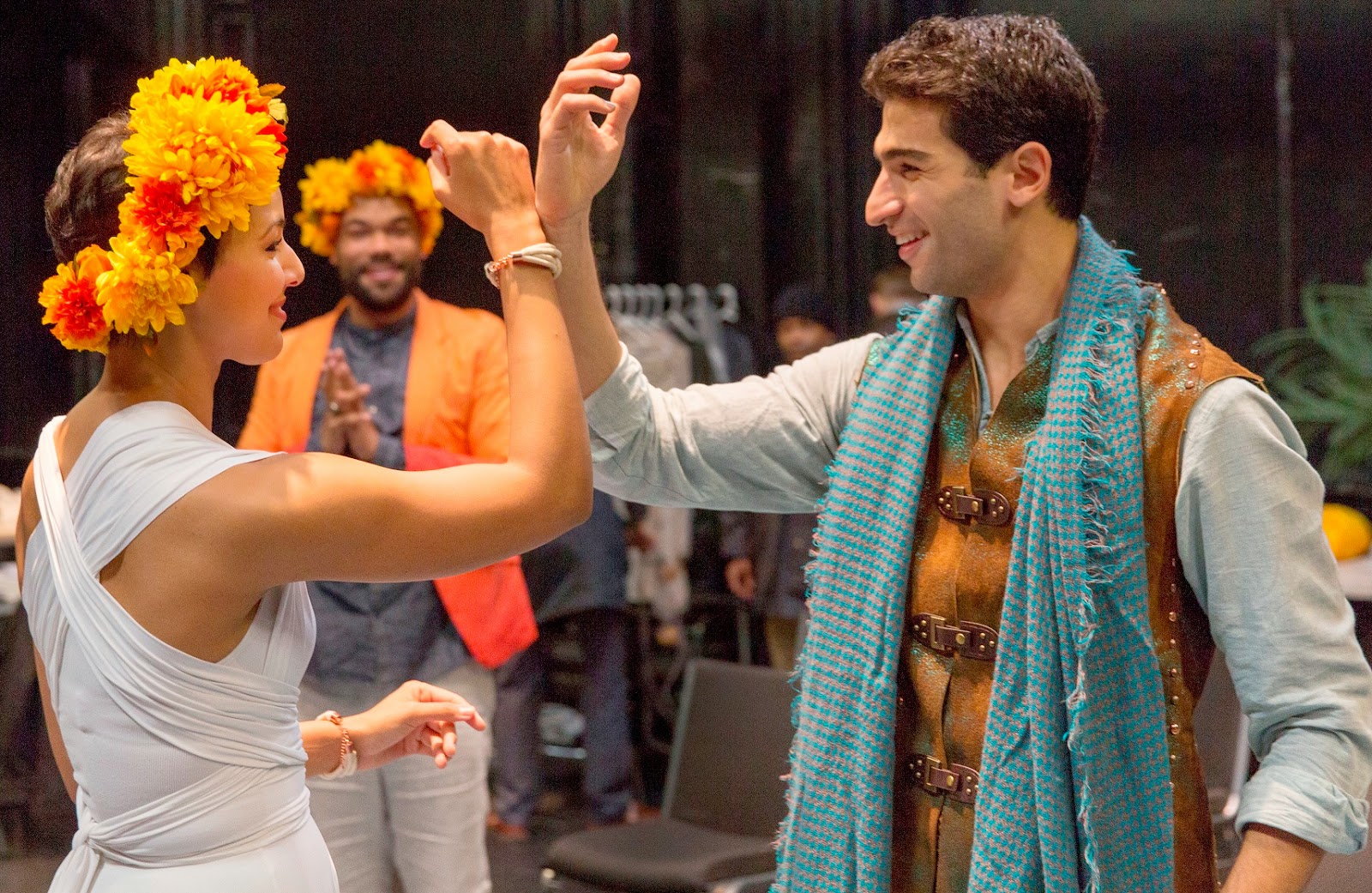