I'm very excited to be joining IATI Theater's play development program, Cimientos. Last night, I unfortunately had to miss the first meeting of the group this season due to a class I'm taking, but I look forward to participating in the future.

Last night, they discussed Leah Franqui's new play The Rabbit and the Tiger, which I read and enjoyed very much. There will be a staged reading of the piece on February 11th, which I will definitely want to see.

As for my own work, I'll be developing my adaptation of Moby-Dick. That piece is currently slated for a staged reading on April 8th. 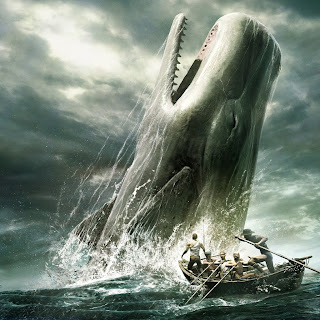 IATI does avant-garde theater both in English and in Spanish. Some of the plays developed by IATI last year include Noah Mease's Green Eden and Marina Burana's Sfumato.
Posted by James Armstrong, Playwright at 8:53 AM