The Devil's in the Details

Today I presented my paper "Comic and Tragic Adultery in Shaw and O'Neill" at the Shaw Summer Symposium online.
The talk was inspired by the fact that the Shaw Festival in Niagara-on-the-Lake is this season producing both Bernard Shaw's comedy The Devil's Disciple and Eugene O'Neill's tragedy Desire Under the Elms, which both ask if an illicit relationship could be more authentic than a legal marriage.
Alas, the border with Canada remains closed, and the festival advised the International Shaw Society that they would not be able to host their annual conference this year. Instead, the symposium went virtual for the second time in a row. I was happy to speak, though, as part of a panel that included both Ellen Dolgin and Brigitte Bogar, two of my favorite people in the Shaw world.
After a lunch break, there was another panel, in which Mary Christian drew links between Shaw's Major Barbara and George Eliot's novel Romola. She was joined by Oscar Giner, who talked about devil figures and rebellion in both The Devil’s Disciple and Lope de Vega's Fuenteovejuna. The final speaker on the panel was Jean Reynolds, who discussed language issues in Shaw's Pygmalion.
Brad Kent gave a brief presentation on the Oxford World's Classics Shaw volumes, and then there was a roundtable discussion on editing and publishing scholarship on Shaw in academic journals. We were fortunate enough to have the editors of Shaw: The Journal of Bernard Shaw Studies, Modern Drama, and Victorian Studies. The day concluded with a reading of the play Pygmalion Continued, by John McInerney.
Tomorrow, there will be panels on Shaw and Ireland and Shaw's international reception. The conference is free, but you do have to register if you want to attend any of the events. 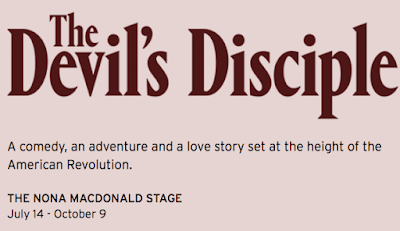