I'm back from the U.K. now, and the Society for Theatre Research conference in Cambridge was amazing.

Our final day was jam packed. In the morning, I went to the session on James Winston and the Regency Theatre. Winston was a bit of a jack-of-all-trades in early 19th-century theatre, and is today probably best known for writing The Theatrical Tourist about the provincial theatres in Britain. 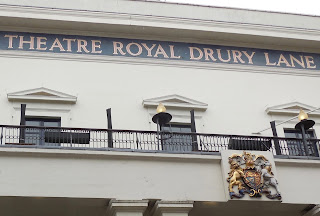 When Robert William Elliston leased the theatre, he appointed Winston to manage Drury Lane. Winston got Samuel Beazley to remodel the interior of the theatre, contracting it, and removing the proscenium doors. The doors, which had been in and out of fashion for so many years, were now gone for good. But how could people come forward to give curtain speeches? Well, it was Beazley who apparently first designed a way to open up a small part of the front curtain to let people through.

David Wilmore then spoke about the circuits of provincial theatres in the north of England. He mentioned that the town of Richmond in Yorkshire has one of the few remaining Regency-era theatre buildings. (Now I have to visit!) He also showed an interesting map demonstrating how the theatre circuits in Yorkshire tended to follow the turnpikes.

Iain Mackintosh gave a great presentation on the Margravine of Anspach, who built her own private theatre into an old riding school. Born Elizabeth Berkeley, and later Lady Craven, the Margravine had quite a scandalous life. King George III refused to receive her at court, but the Prince of Wales came to her parties and amateur theatricals.

Later that morning, I went to a great session called "Music, Melodrama, and the Survival of the Fittest." I mainly wanted to hear Eva Urban's paper on remorse tragedy, examining both Richard Brinsley Sheridan's Pizarro and Samuel Taylor Coleridge's Remorse. She tied the two plays back to Adam Smith's theory of moral sentiments.

Amy Garnai then gave a great talk on Thomas Holcroft and Joanna Baillie. Holcroft's second melodrama, The Lady of the Rock, premiered at Drury Lane in 1805. Based on a Scottish legend, the piece featured music by Holcroft's daughter Fanny. Though Holcroft's revisions softened the piece, it was still politically radical. The same could not be said of Baillie's treatment of the same story in her rather conservative play The Family Legend.

Christina Fuhrmann gave the last paper in the session, on Carl von Weber's opera Oberon, which had a libretto by James Planche. Though many theatre historians consider the opera to have been a failure, Fuhrmann noted that the opera extended to 32 performances in its first season, and was only disappointing when compared to Weber's runaway hit Der Freischutz.

All in all, it was a great conference, and Downing College was a perfect setting. I look forward to seeing some folks again... perhaps at the next STR conference! 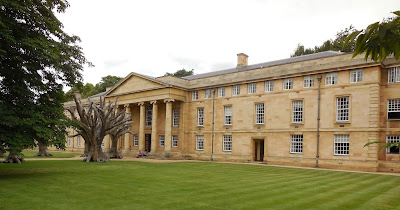