On June 21, 1737, the British government passed one of the most sweeping censorship laws in its nation's history. Those of us who love freedom would be wise to heed the warning of such ill-advised legislation. 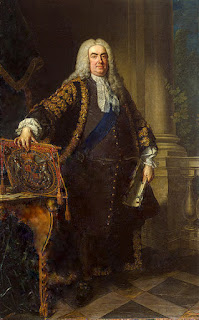 Robert Walpole, widely regarded as the first Prime Minister in British history, skillfully manipulated parliament into passing The Licensing Act within a matter of days. Ostensibly, the bill was designed to protect the monarchy from slanders. In reality, it was to protect Walpole himself.

A number of political dramas had flourished on the Georgian stage prior to the passage of the act. Most notably, John Gay's The Beggar's Opera, which savagely lampooned Walpole (among other figures), was a hit when it premiered in 1728, and the London theatres periodically revived it afterward to great success. Later, Henry Fielding wrote a number of satirical plays, including The Temple Beau, The Author's Farce, and Tom Thumb.

Particularly offensive to Walpole was Fielding's satiric drama The Historical Registry of 1736. Actually performed in 1737, the play poked fun at a number of powerful individuals, and Walpole was by no means immune from criticism.

The last straw, however, was an outrageous satire (sometimes attributed to Fielding) called The Vision of the Golden Rump. Though the piece was apparently not intended for performance, Walpole himself seems to have commissioned a dramatic version of the satire and then read the most offensive portions out loud to King George II.

Walpole's purpose was to create so much outrage he could pass a law sweeping enough to allow him to ban essentially any play he wanted. After reading scandalous passages aloud in the House of Commons, he got his bill through the house unopposed. No member of parliament in the lower house wanted to look unpatriotic by voting against the bill. 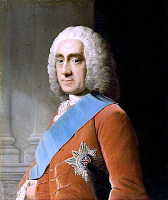 In the House of Lords, Walpole encountered scarcely any more opposition than he had in Commons. Five members voted against the bill, led by Philip Stanhope, the 4th Earl of Chesterfield. Though Lord Chesterfield was a friend of Walpole and a member of his Whig party, he had tried to create a space within the Whigs for legitimate differences of opinion.

Speaking before the House of Lords, Chesterfield appealed to his fellow parliamentarians to allow the stage to remain a check on the powers of tyranny:

The barriers and fences of the people's liberty must be plucked up one by one, and some plausible pretences must be found for removing or hood-winking, one after another, those sentries who are posted by the constitution of a free country, for warning the people of their danger.

The act effectively silenced Wit upon the stage. Fielding, of course, turned to writing novels instead, and political drama virtually disappeared for decades to come.

Henry Brooke's tragedy Gustavus Vasa was the first casualty, banned by the government in 1739, in spite of the fact it was already in rehearsal at Drury Lane. Later that year, the government banned another historical drama, James Thomson's Edward and Eleonora. In December, William Patterson's tragedy Arminius was also banned.

If we wish to remain a free country, Chesterfield's plea must be heeded. Otherwise, the barriers and fences defending our liberty will indeed be plucked up, until nothing remains.
Posted by James Armstrong, Playwright at 8:22 PM