All good things must end, and sadly, this weekend will be your last chance to see my stage adaptation of Herman Melville's Moby-Dick at Wellfleet Harbor Actors Theater on Cape Cod.

Final performances will be this Thursday through Saturday, July 16th through 18th, at 8:00 pm. Christopher Ostrom did a wonderful job directing this production (not to mention designing the spectacular set), so if you haven't seen it yet, I hope you will soon.

Should you need any further incentive, check out these wonderful photos by Michael and Suz Karchmer of the production! First off, here's Gordon Stanley as Father Mapple (far right), delivering the famous sermon on the Book of Jonah: 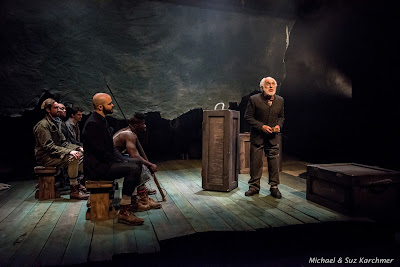 Queequeg, played by Wesley Volcy (center with harpoon), signs up to ship with the whaler Peequod. 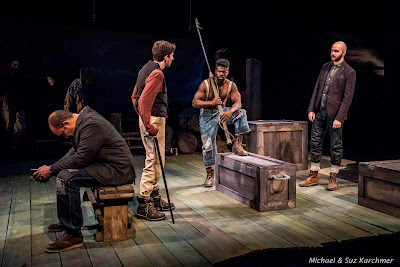 Stubb, played by Joseph Pietropaolo (far left), looks on as the crew lowers to hunt a whale: 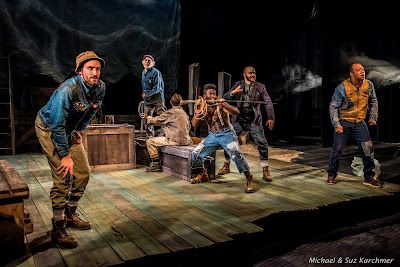 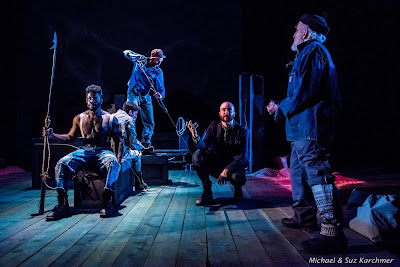 The old cook Fleece, played by Freddy Biddle, tries to speak to the murderous sharks: 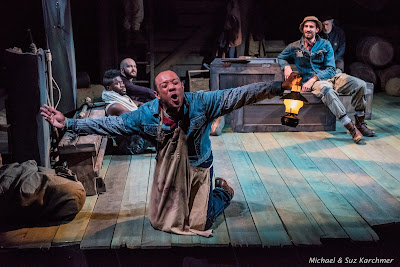 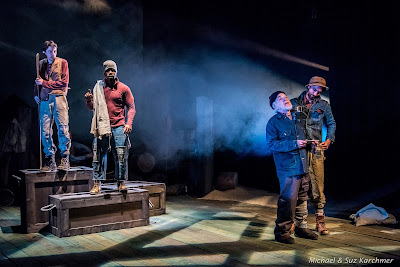 And here is the whole case assembled: 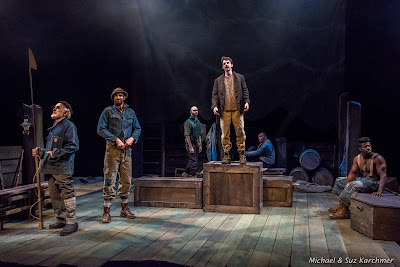 Remember, there are only three more performances, so catch this show before it sails away!

Posted by James Armstrong, Playwright at 6:54 AM