If Mary Anning--the tartan-clad paleontologist who scoured the cliffs of Lyme-Regis for fossils in the nineteenth century--were alive today, she would be turning 220 years old. 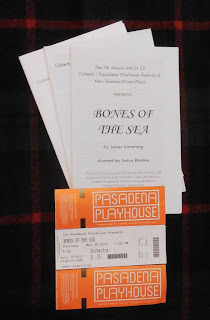 Of course, all that lives must die, a fact she was all-too-familiar with given her line of work. My play, Bones of the Sea, uses Anning's life to explore how human beings grapple not only with their own mortality, but with the transience of all life in a world where far more species are extinct than have survived.

As I wrote earlier this month, Bones of the Sea had a staged reading at Pasadena Playhouse as one of three winners of the Mach 33 Festival of science-driven plays. Satya Bhabha directed the reading, which featured Josette Eales, Richard Short, Todd Brun, and Georgia Dolenz. The other plays in the festival were Sizzle, Sizzle, Fly by Susan Bernfield and The Surest Poison by Kristin Idaszak.

Mach 33 is a joint project between Caltech and Pasadena Playhouse, and the three writers were put up at a lovely hotel on the Caltech campus. I was also able to get over to the Huntington Library while I was there and take a look at some of the early-nineteenth-century plays in their collection.

Now I'm back, and I've been able to incorporate a number of the comments I received from the reading into a new draft of the play. So if you're interested in a new drama about one of the unsung heroes of modern science, contact me! 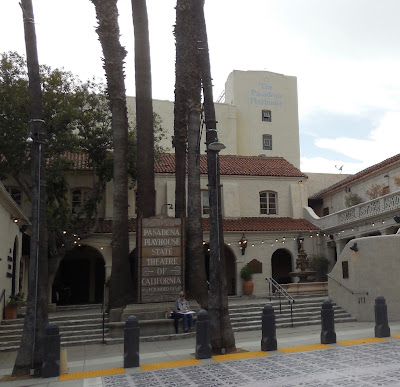