I just received photographs from the wonderful production of my adaptation of Alice in Wonderland that toured through North Carolina earlier this month.

East Carolina University produced the show, which was directed by Nick Lease and Michael Eubanks. A couple of the performances were at the Turnage Theatre in Washington, N.C., and another was at Parkwood Elementary School in Jacksonville, N.C. They took some great photos, and I wanted to share a few of them here.

Here's Alice (Catie Griffin) with her sister Lorina (Jordan Biggers) at the beginning of the show: 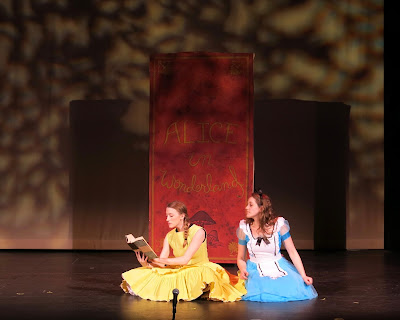 Alice falls down the rabbit hole and finds herself in a rather curious place. 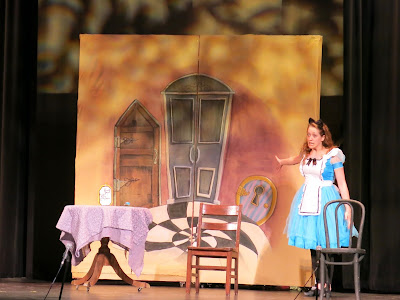 Once in Wonderland, she encounters the Duchess, played here by Emma Myers. 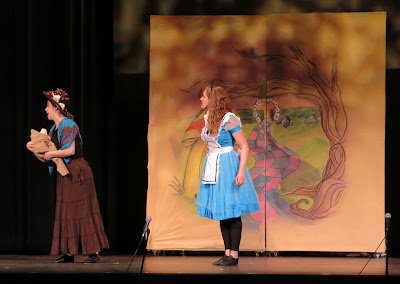 A friendly cat (played here by Michael VanHouten) helps her along the way. 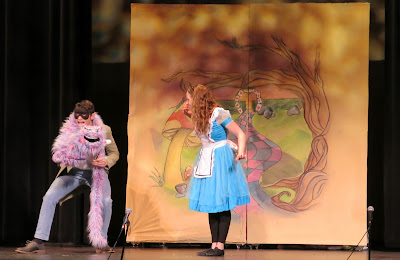 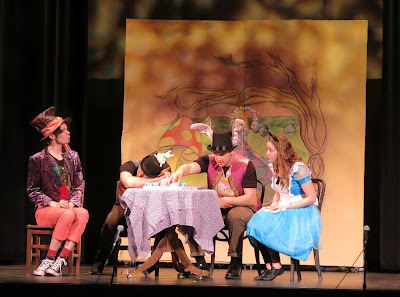 The highlight of the show was a manxome Jabberwock. You should have heard its mighty burbles when it came whiffling through the tulgy wood... 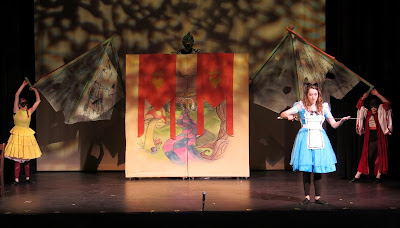 Fortunately, Alice slew the beast with her vorpal sword. What a finale! 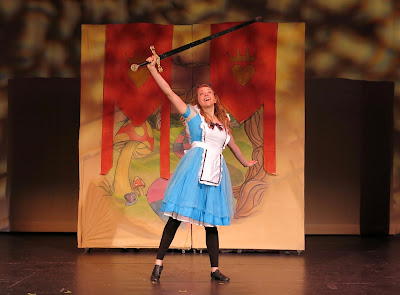 Thanks to everyone who made the show a success, including sound and lighting designers Jayme Johns and Andrew Fiorini, Dylan Bailey and Jordan Early who costumed the piece, and puppet designer David Lynn. Leslie Shaw stage managed the show, and Patch Clark provided faculty supervision.

Here's a shot of the whole goofy cast and crew: 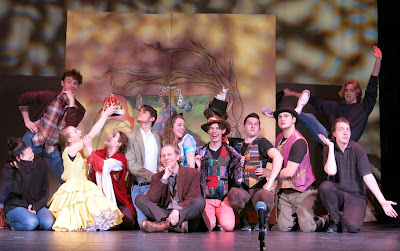 Everyone at ECU was great, and I hope to work with them again some day.
Posted by James Armstrong, Playwright at 3:48 PM